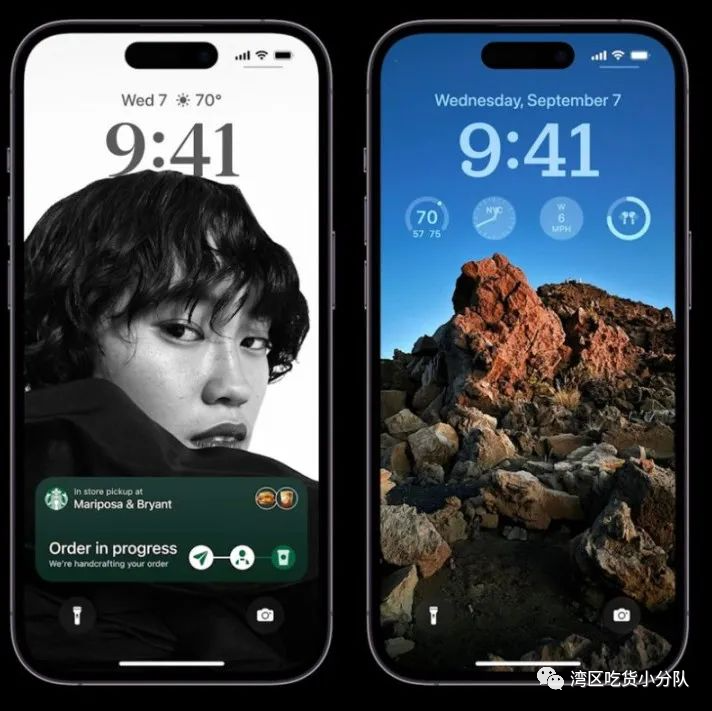 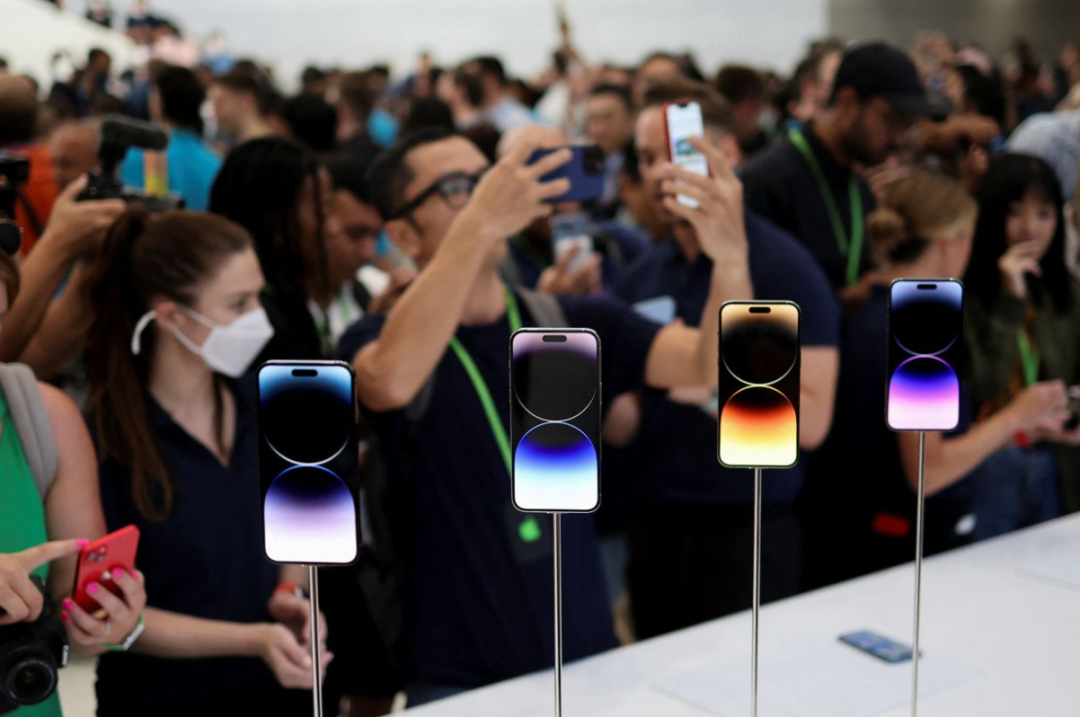 This year is more refreshing, and I directly released a series of products together.

Let's chat about the new experience of the iPhone 14. 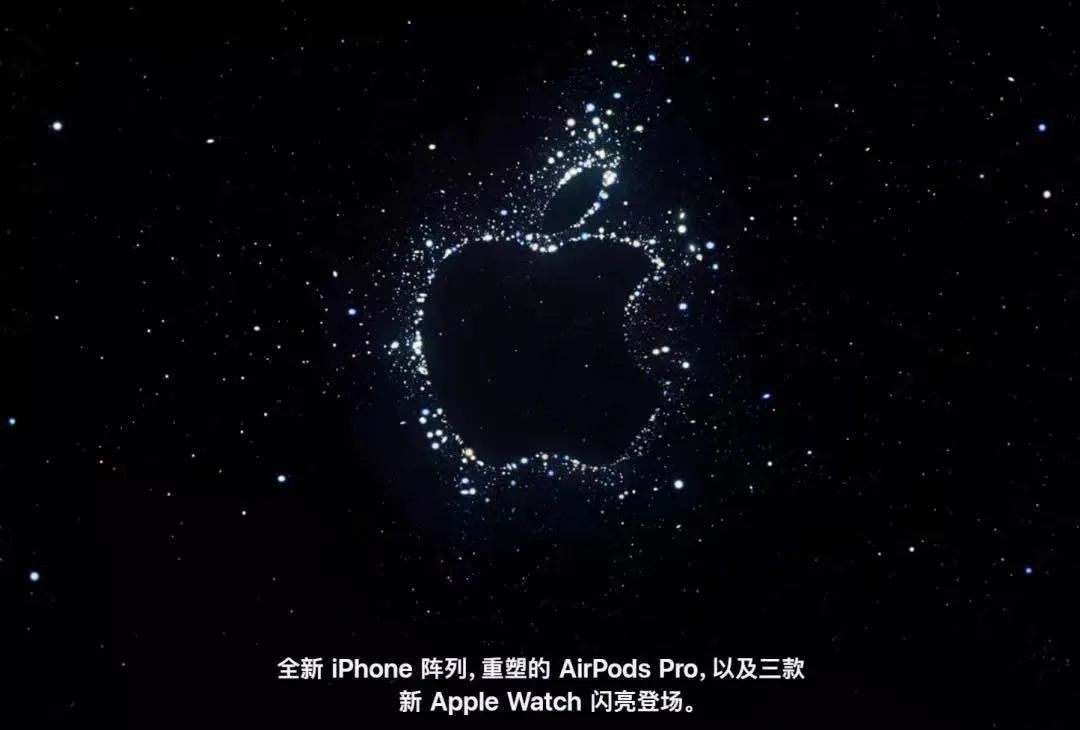 Unfortunately, the guesses about the general "telephoto" of astronomical telescopes are all wrong.

This time the phoneLens update, the highlight is not the focal length, but: 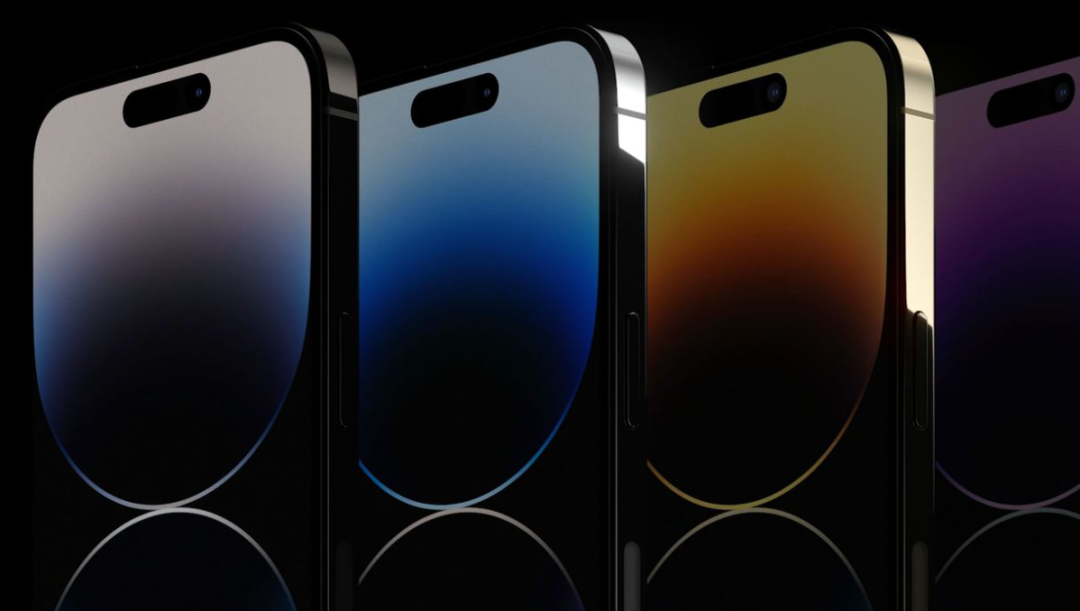 • Added auto focus to the front camera, making it easier to take selfies

• The ability to shoot in low-light environments has been greatly improved, and the lens can capture more low-light details and colors 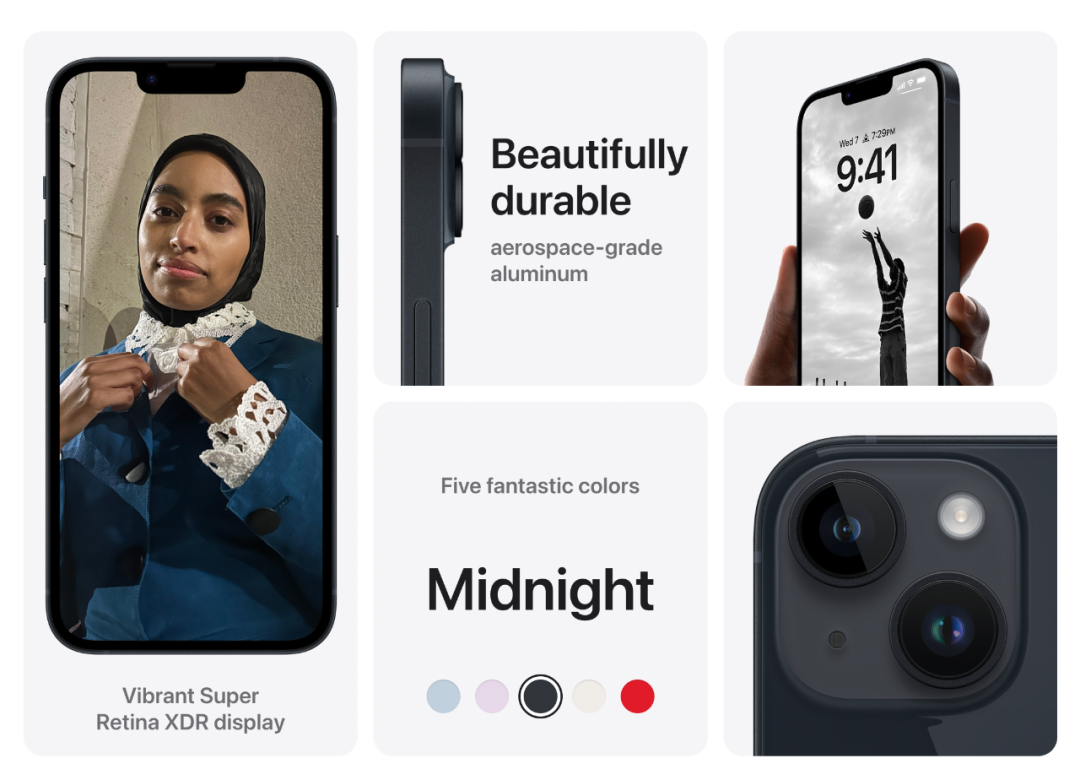 And the forecast rumors to"Cosmic Sense", it may be reflected in:

• Directly connect to satellite, you can ask for help in case of emergency outdoors

The car accident detection function that Apple first launched on the watch product is also carried on the mobile phone.
It can make an emergency call for the owner in an emergency.
What's interesting is that the "pierce the sky" satellite communication that was promoted at Huawei's press conference a day ago,
The same goes for the iPhone. 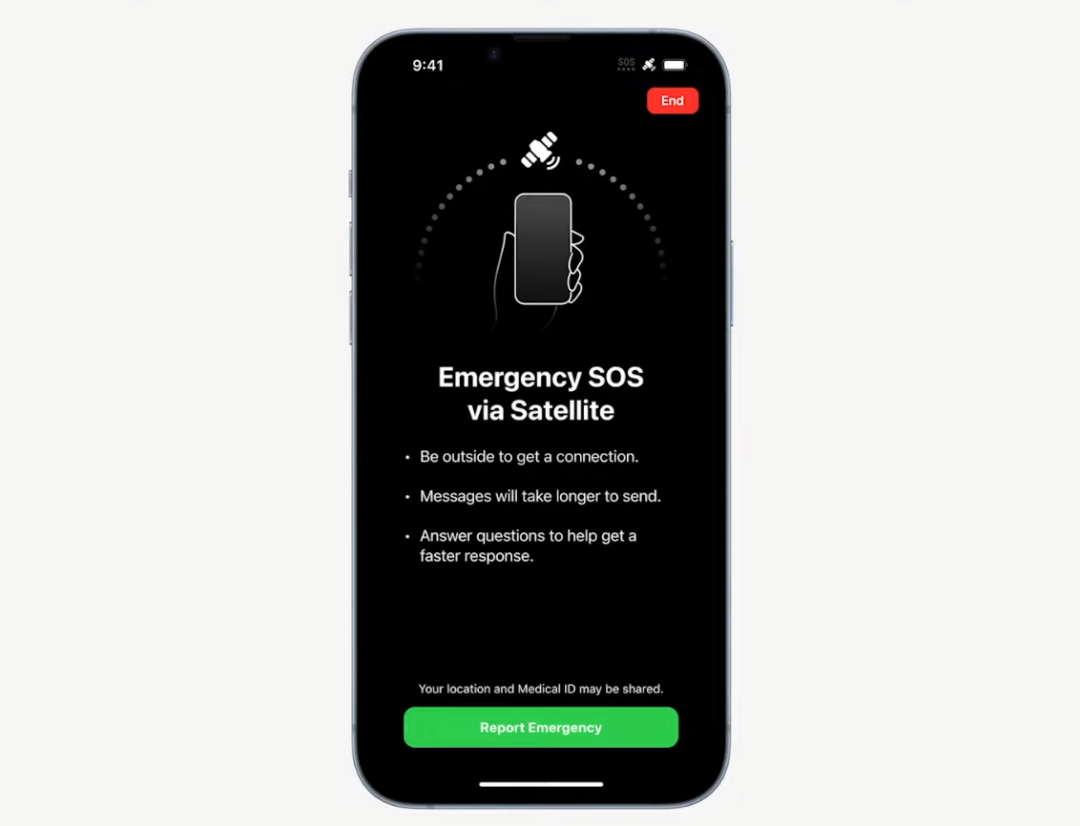 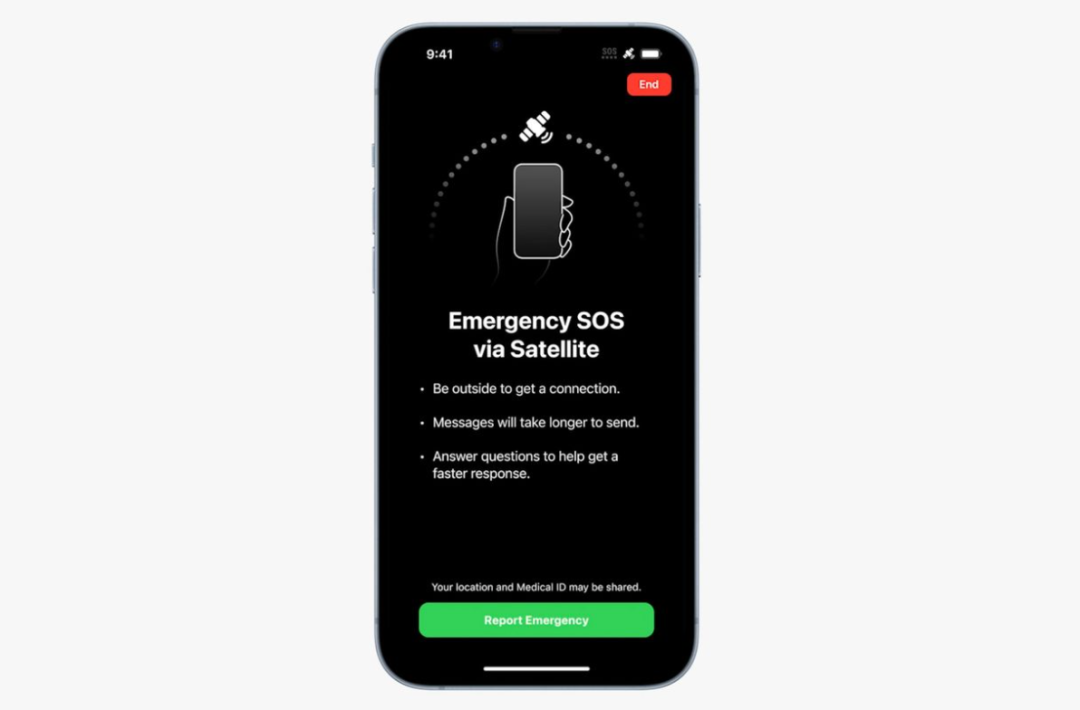 Above: Accident Detection and SOS System

In addition to the above,"Highlights" of the iPhone 14Also reflected in:

• Add a new accident detection system, if there is a huge vibration similar to a car accident, it will automatically alarm

• The front camera area has changed from the previous "bangs" to a "dynamic island", and a message pops up but does not occupy a large page on the phone (in fact, it is a software update) 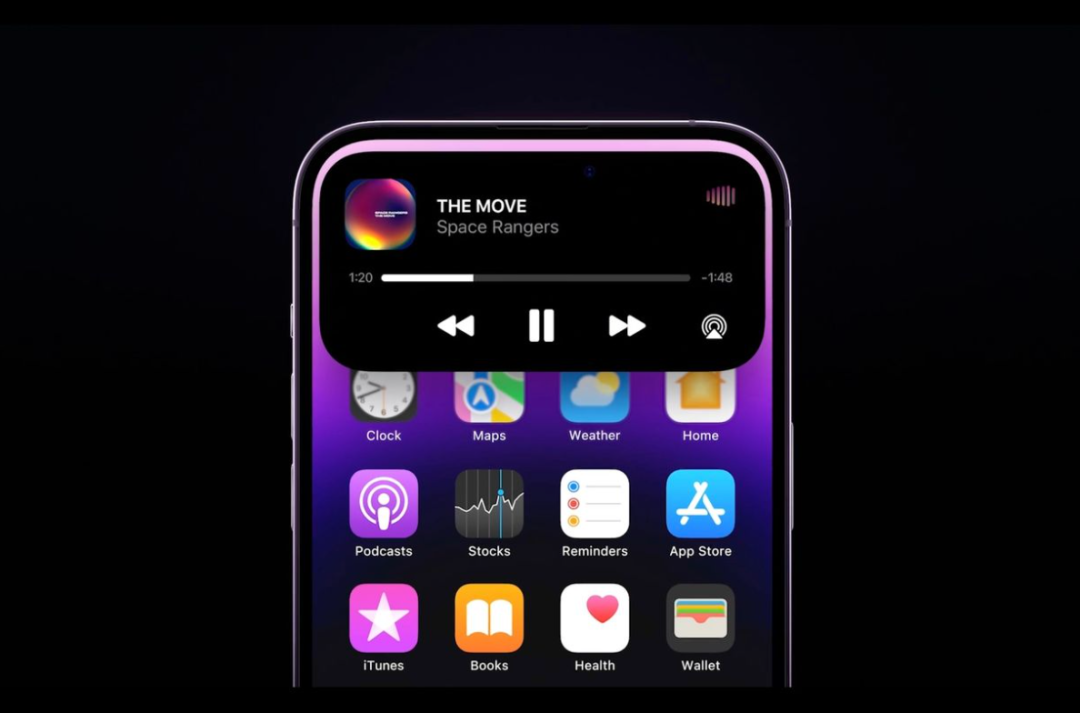 As for the iPhone 14 Pro.It's a pity that the change of the front bangs of the iPhone 14 this time is not in the form of the exclamation mark that was widely circulated on the Internet before, but directly attached - a pill.

This new pill not only acts as the face of the iPhone 14 Pro,
Apple's UI designers also gave it a new information display function.
Regardless ofWhether it is an incoming call, unlocking, navigation, connecting to a device, or push information.
All can be realized in the smart changes of Smart Island.

Smart Island itself also acts as a part of the small window function,
The two apps do not interfere with each other when they are practical.

Seriously, ever since Apple brought bangs into the look of phones,
Major manufacturers have been trying to make it smaller or kill it:
Small bangs, water drop screen, hole digging screen and under-screen camera, etc.
But this time Apple has subverted the idea again.
Since it's not that easy to kill, embrace this black area and build UI around it. 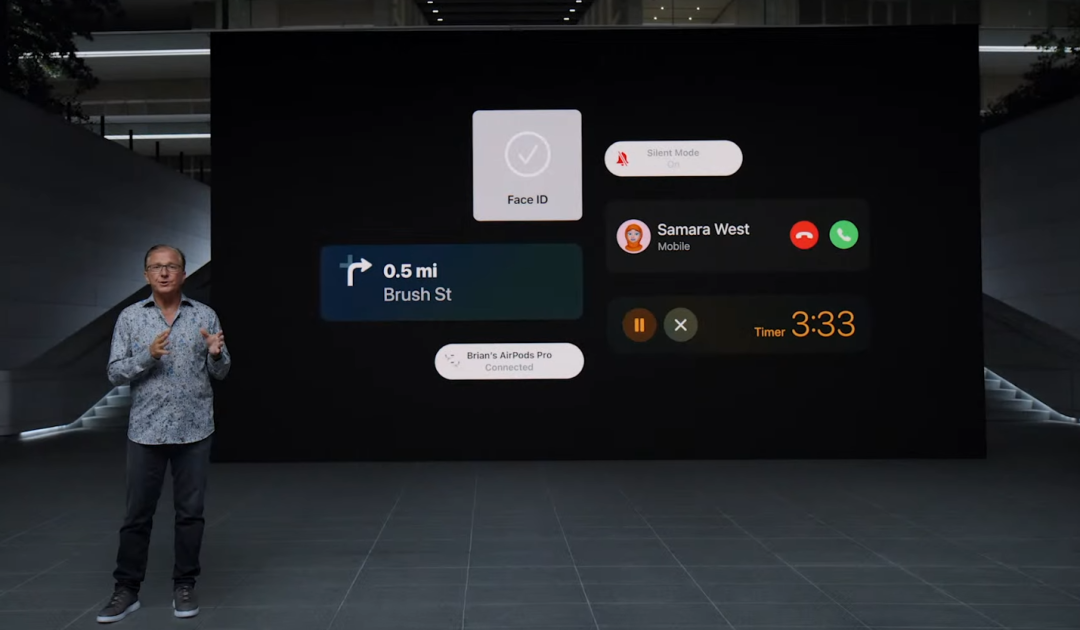 To tell the truth, whether it is the animation transition or the display method of Smart Island,
Colleagues who stayed up late to watch the press conference all liked it from the bottom of their hearts.

In the end, the price that everyone is most concerned about, in fact, Apple did not increase the price. 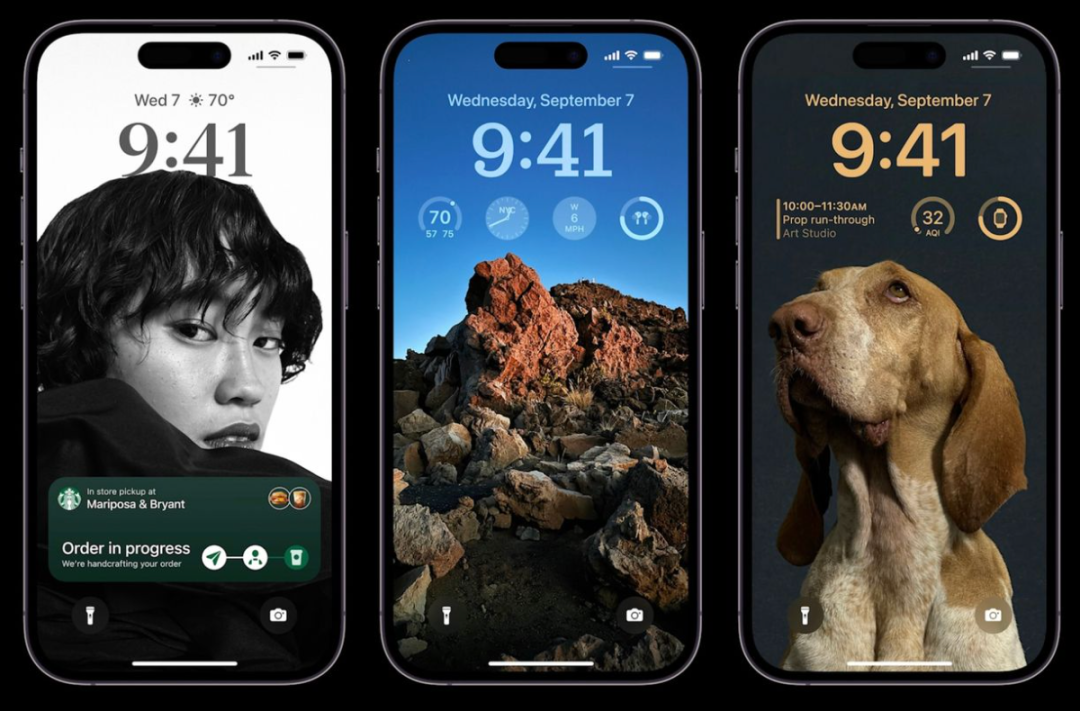 Starting at $899, scheduled on September 9th, shipped on October 9th

Starting at $999, you can start booking on September 9th, and ship on the 9th

Starting at $1099, scheduled to start on September 9th, and shipped on the 9th

It is conceivable that for ordinary people who are not tech-savvy and fruit fans.

Netizens complained, what is the difference between this and before? 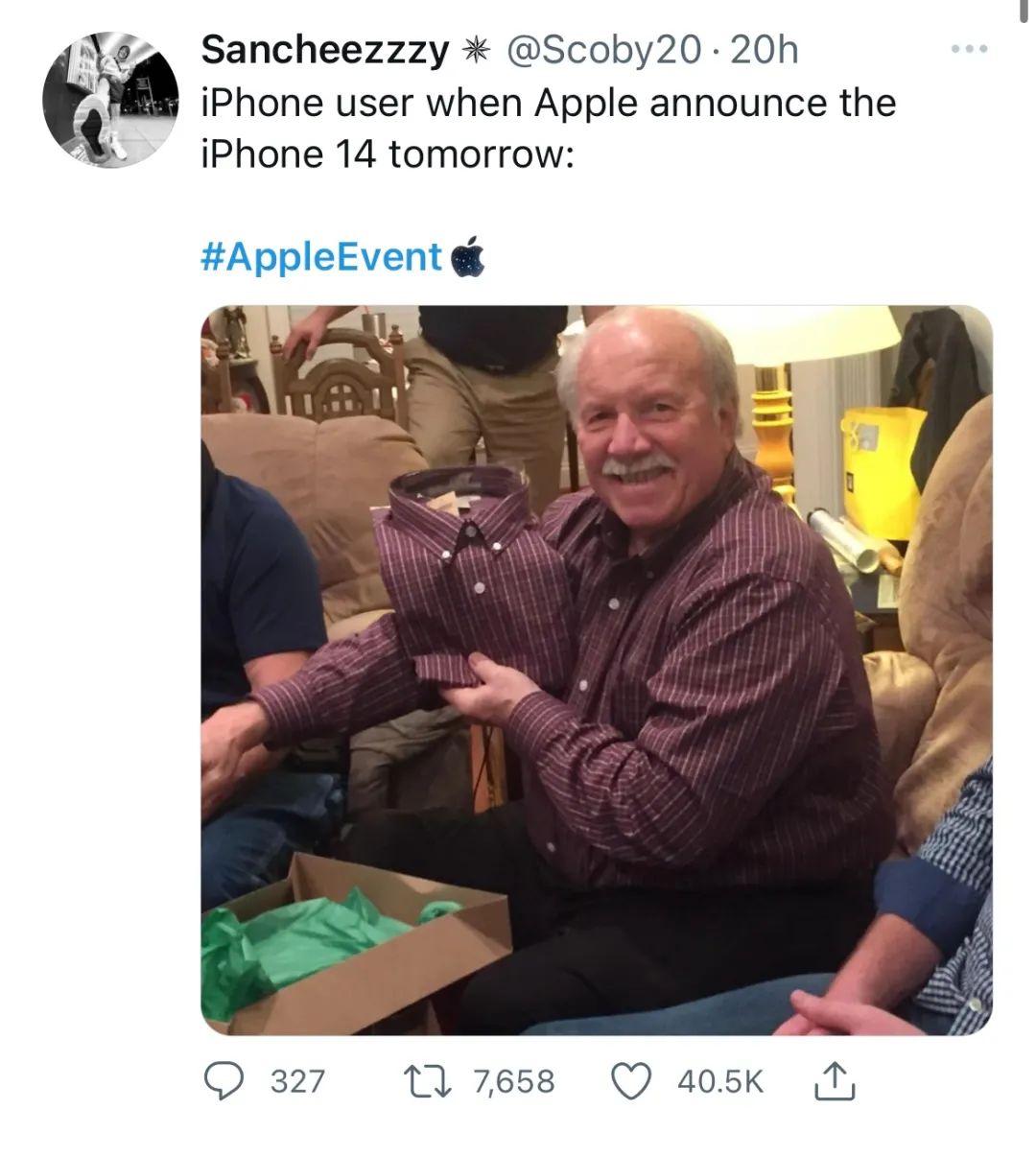 Netizen: You all want to buyThe new iPhone, I'm the only one squattingDiscounted iPhones. 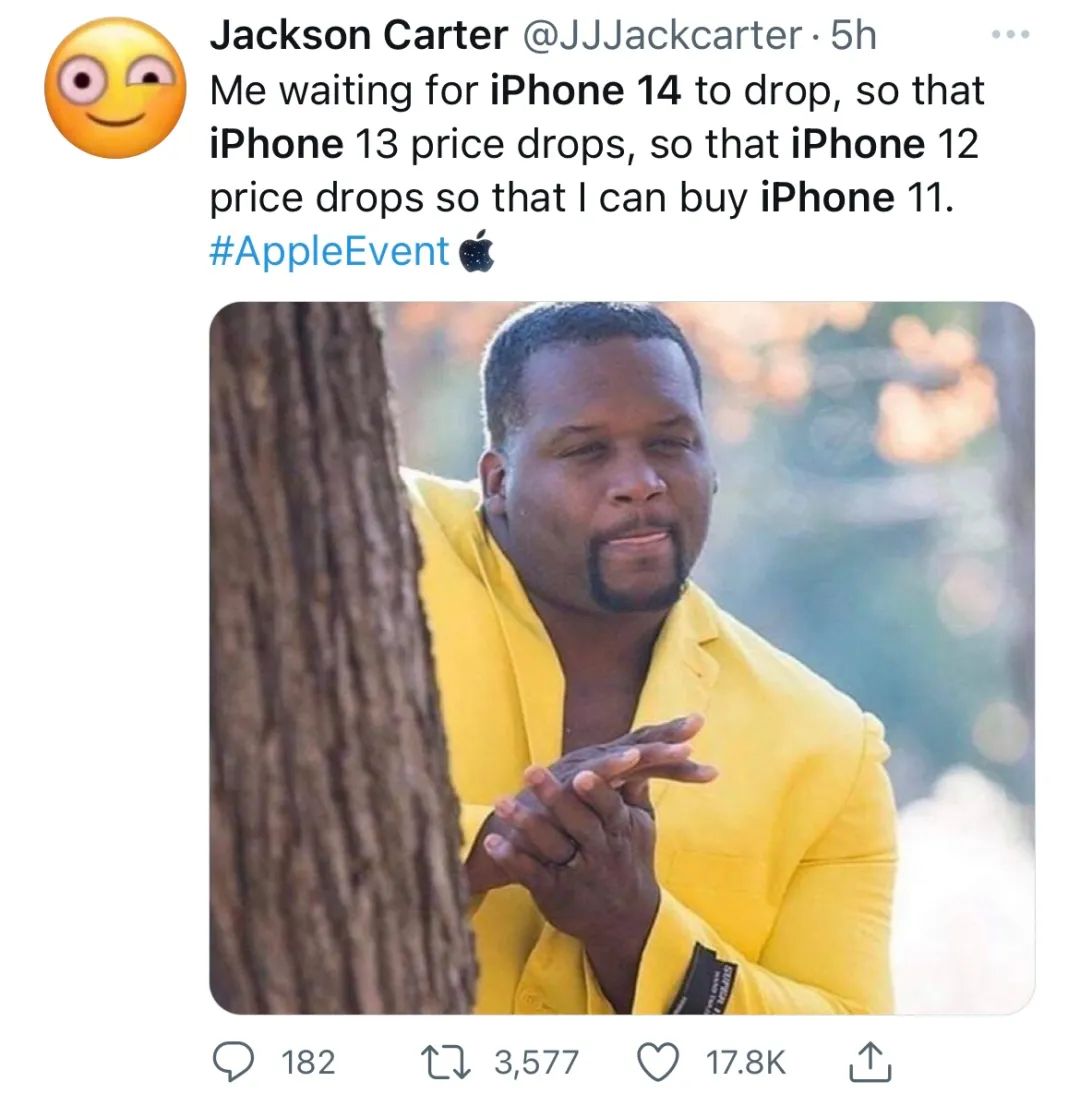 Netizens:Japan redesigned the national flag that year (only the color brightness changed slightly). 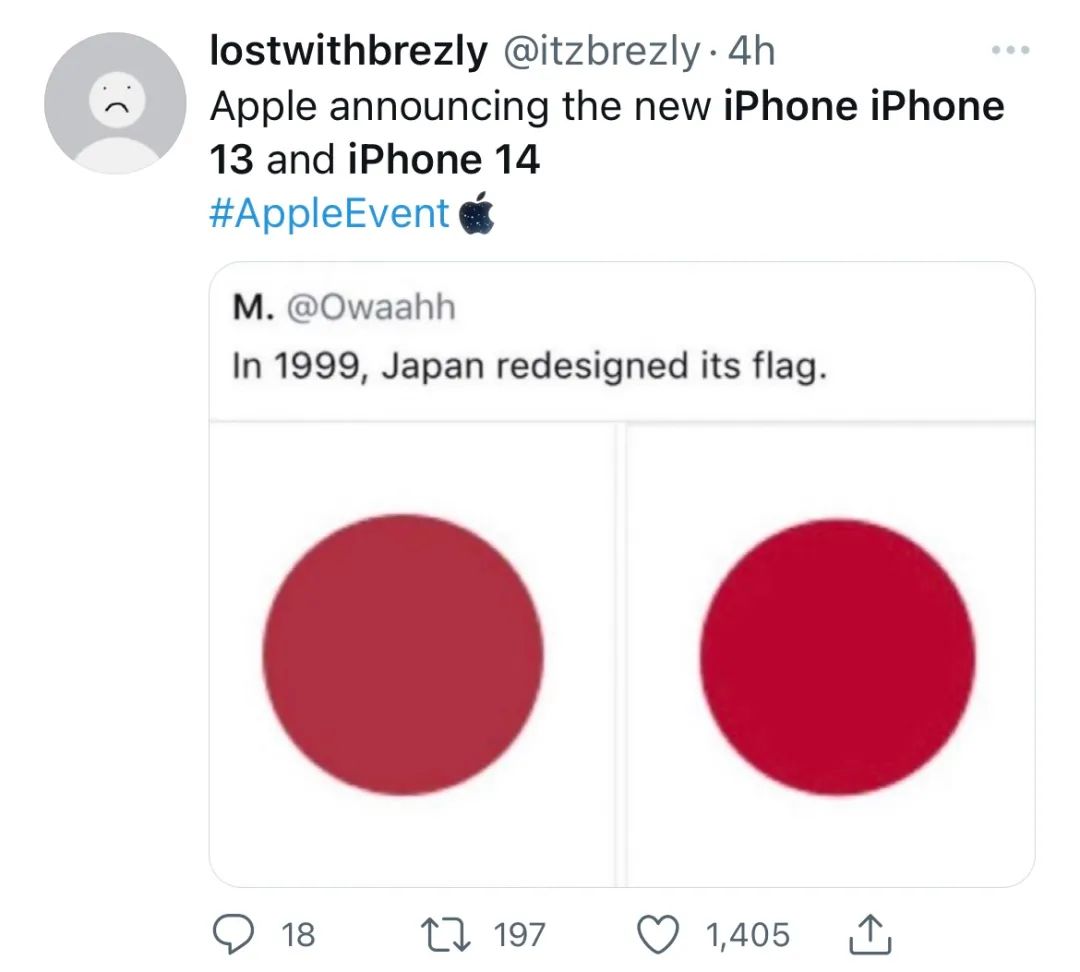 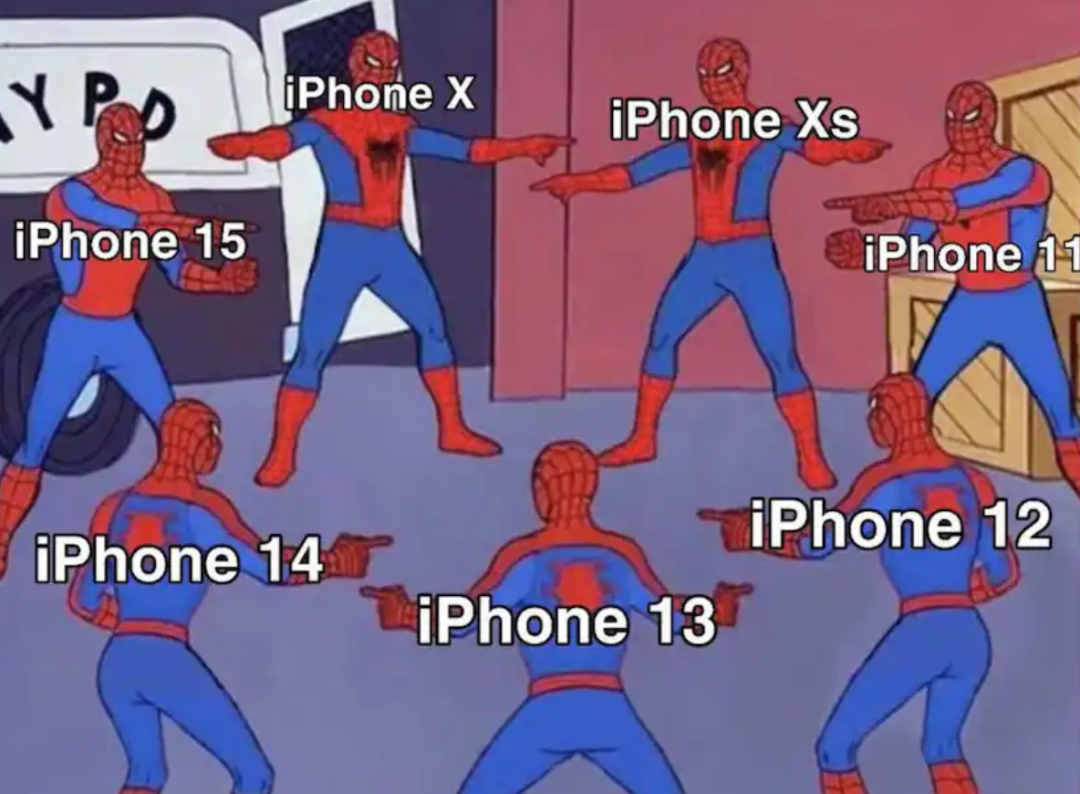 What do you think?Do you like Smart Island?Is the new iPhone in the shopping cart? 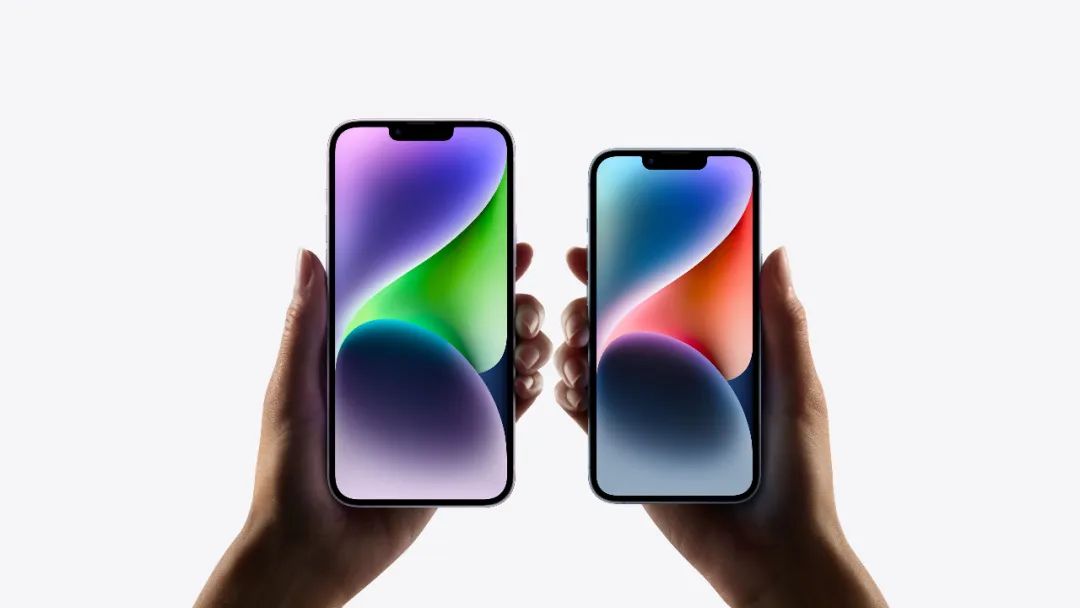 The picture comes from the Internet, the copyright belongs to the original author

If you like the article, remember to read it
related articles 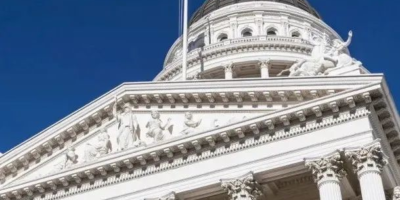 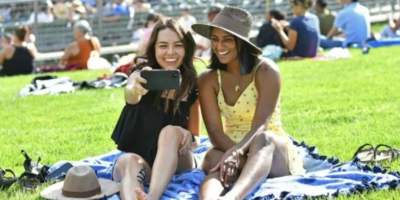 The happiest city in California is no longer Fremont, it's replaced by it 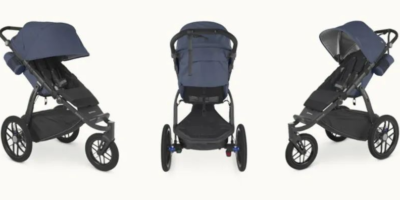 Emergency recall!This stroller can pinch off a person's finger
Look