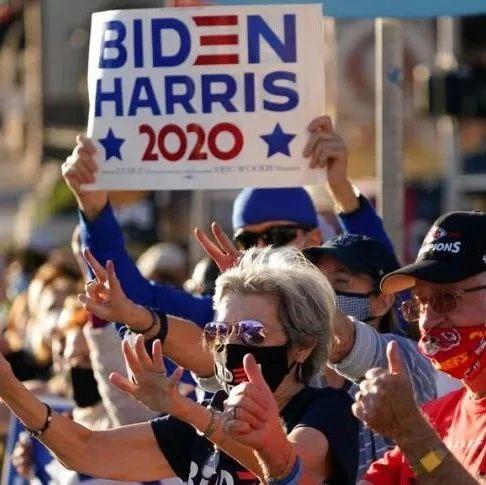 Biden delivered his first speech after winning the election

Unite the United States to fight the epidemic

At 2020:11 Western time on November 7, 8, the newly elected President of the United States, Biden and Vice President Harris, delivered a national speech in Biden's hometown of Wilmington, Delaware. 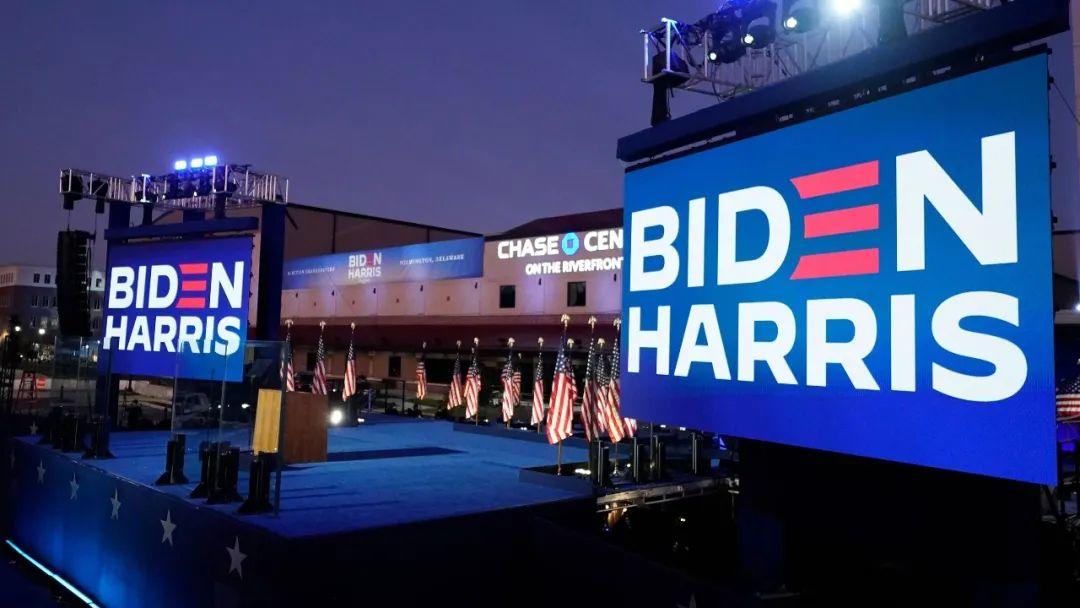 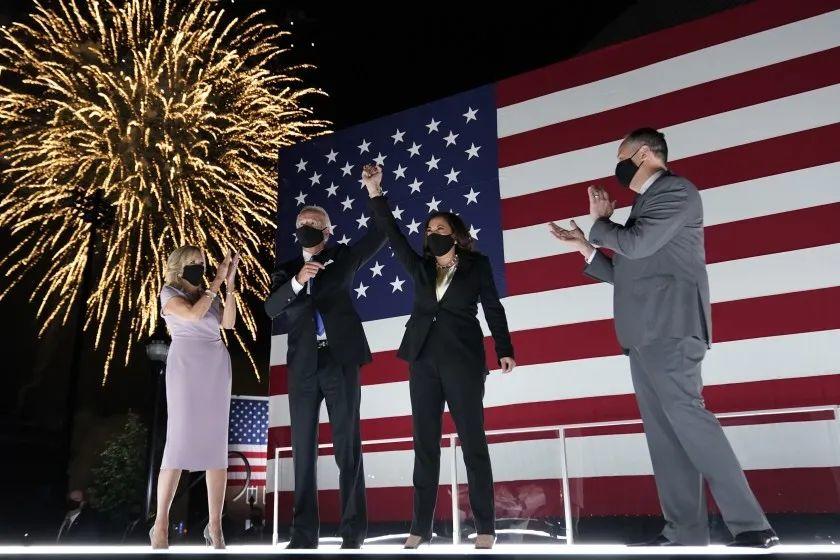 The speech was opened by Vice President Harris, who stated that “Democracy is as strong as our willingness to fight for it. To protect it, don’t take it for granted. It requires sacrifice, but there is joy and progress. Because of our The people are capable of building a better future. You ushered in a new day for America,You have chosen hope, unity, decency, science, and of course, the truth. " 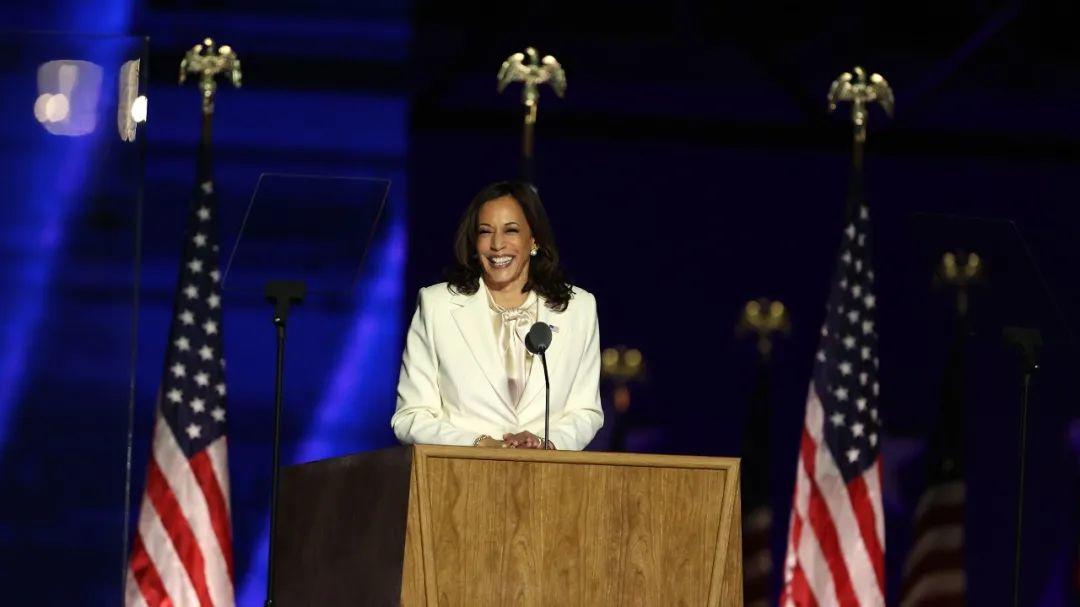 Senator Harris from California will becomeThe first woman in American history, a vice president of black and South Asian descent.

She said:"I am the first female vice president in American history, but I will not be the last" 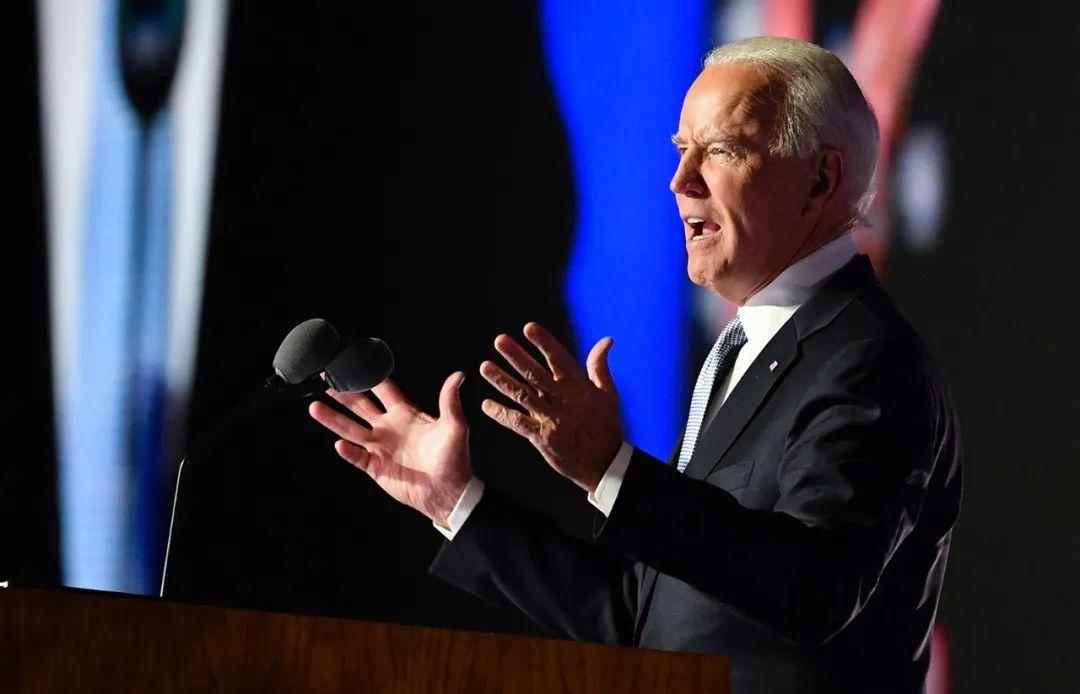 Immediately after the president-elect Biden gave a speech, he said, "The American people clearly made their choice.The people of this country have won the victory for us. This is a convincing victory, a victory for our people.We won the most popular vote in the history of the United States: 7400 million.I am humbled by your trust and confidence in me. " 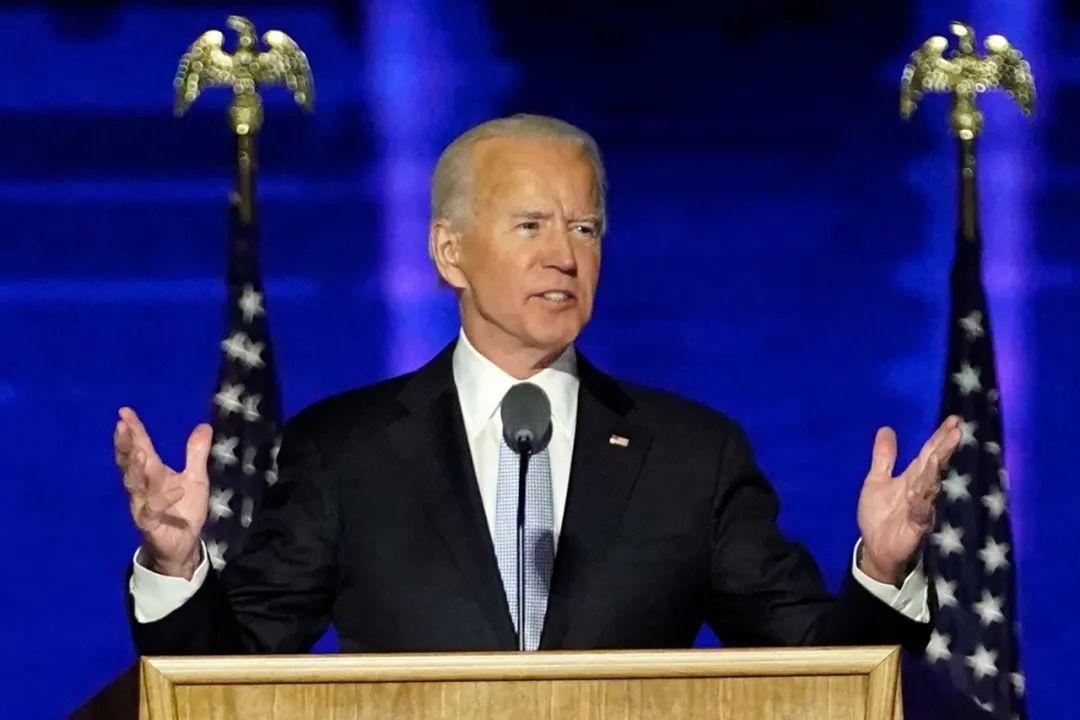 Biden went on to say that he was surprised by the street celebrations across the country, calling it "full of joy, hope, and new confidence in tomorrow."

Simultaneously,Biden shouted to those voters who voted for Trump, calling for unity and reconciliation.

The whole world is watching the United States tonight. I believe that the United States is the beacon of the world.We will not only be guided by the results of our ability, but also by the power of achievement." 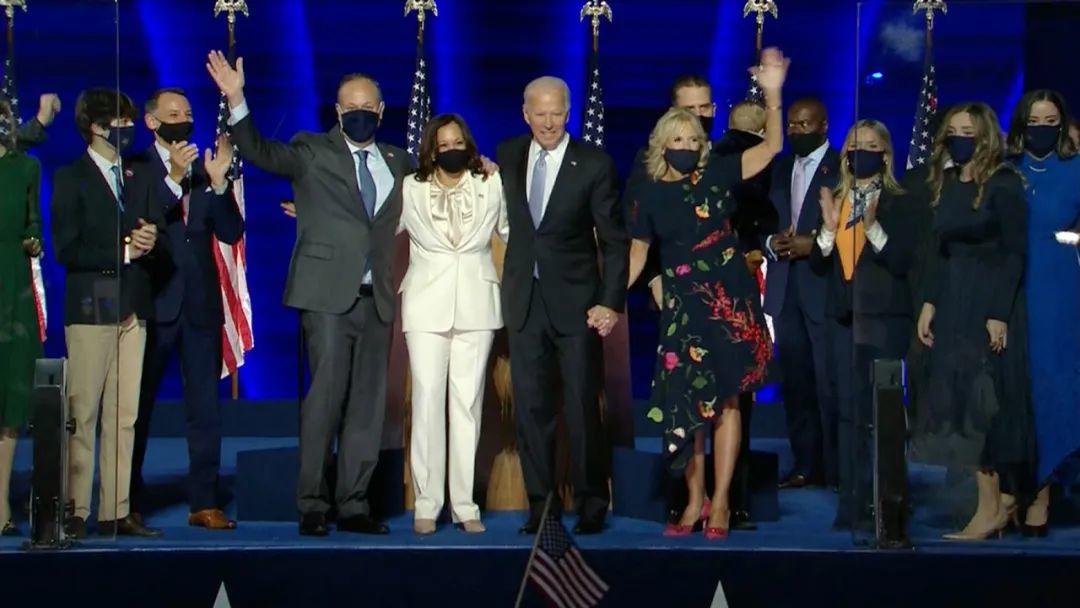 Biden and Harris' family are here tonightA speech at Wilmington, Delaware.When the celebratory fireworks exploded overhead, a series of drones also flew overhead, forming the shape of the United States and "Biden". 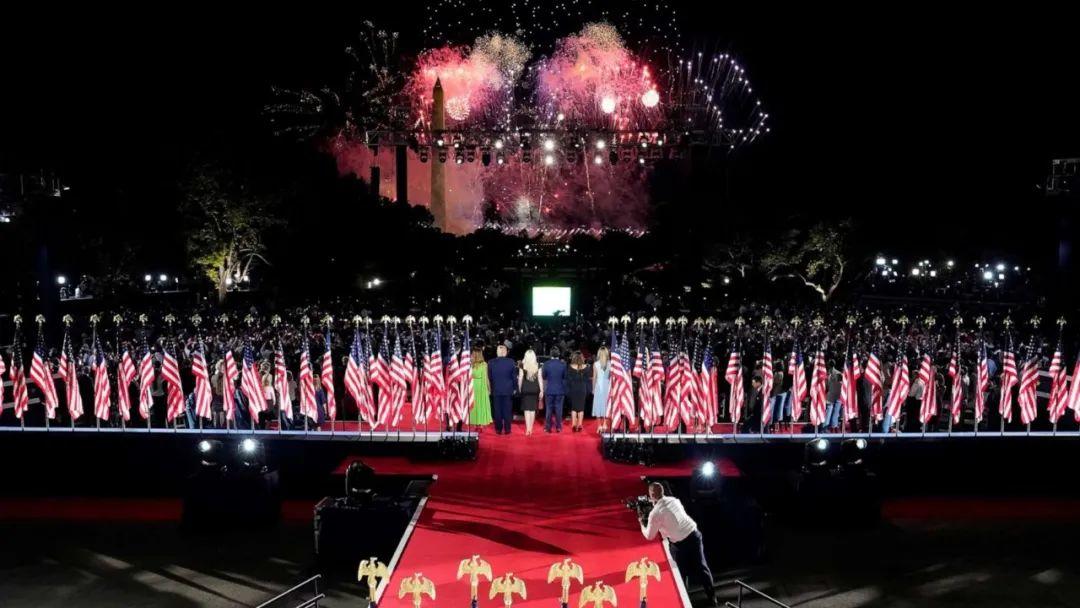 At the same time, Biden will appoint one on MondaySpecial task force to fight the new crown epidemic, And invited former Health Bureau Director Vivek Murthy and former Food and Drug Administration Director David Kessler to serve as co-chairs and work group leaders. 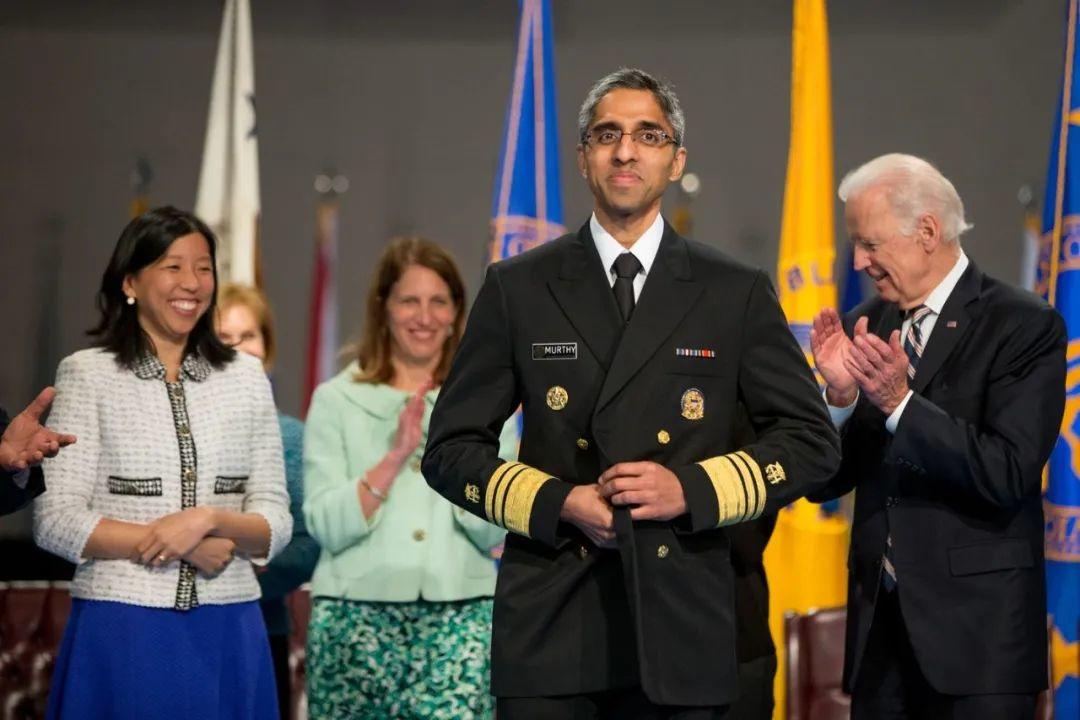 After the results of Biden's victory were announced, the White House and the blue state cities were full of joy, and the people voluntarily organized a parade to celebrate Biden's victory. 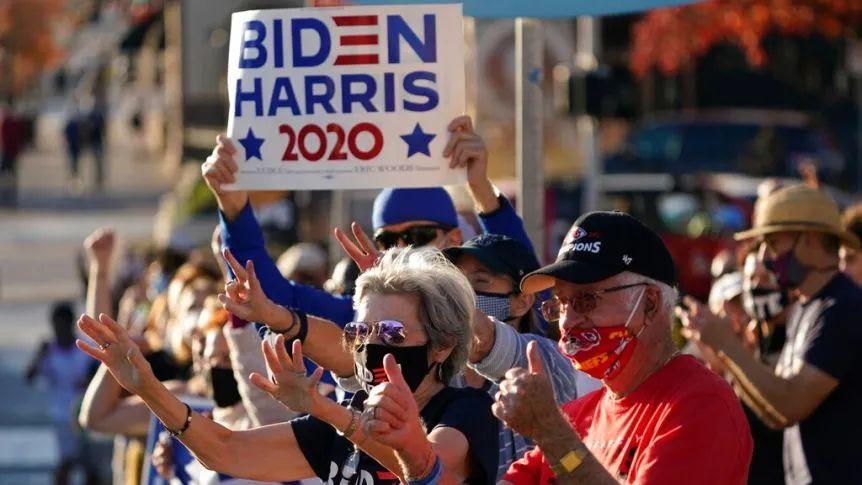 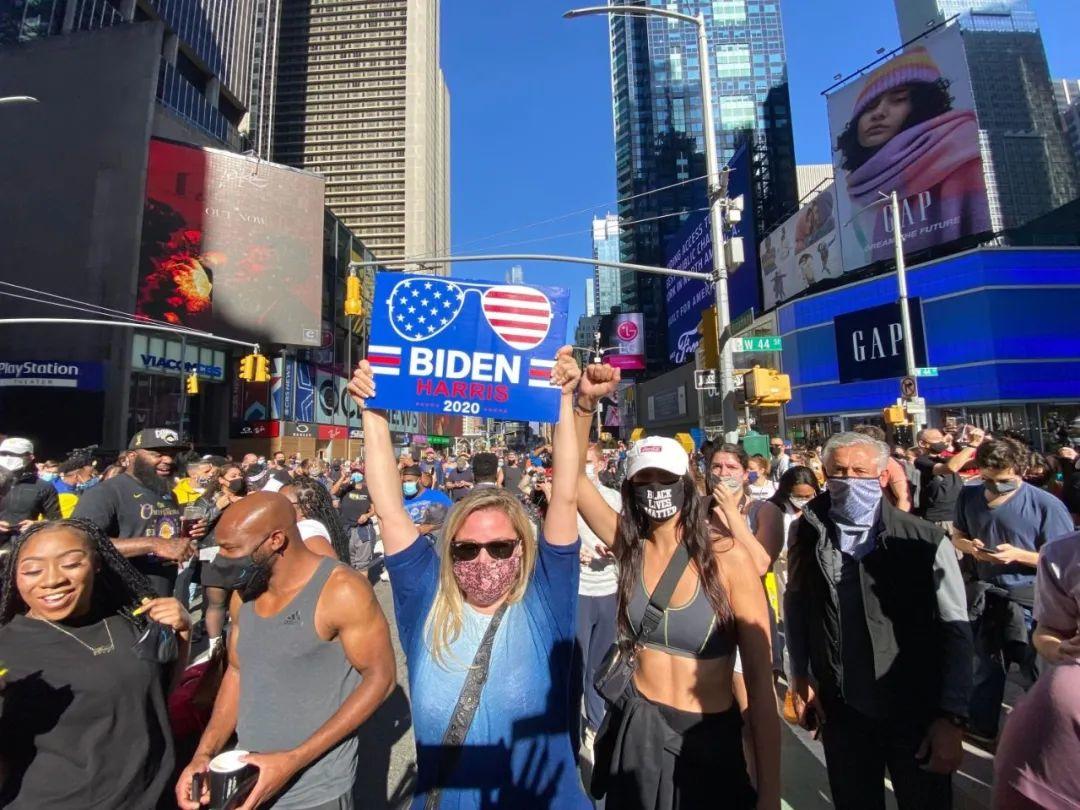 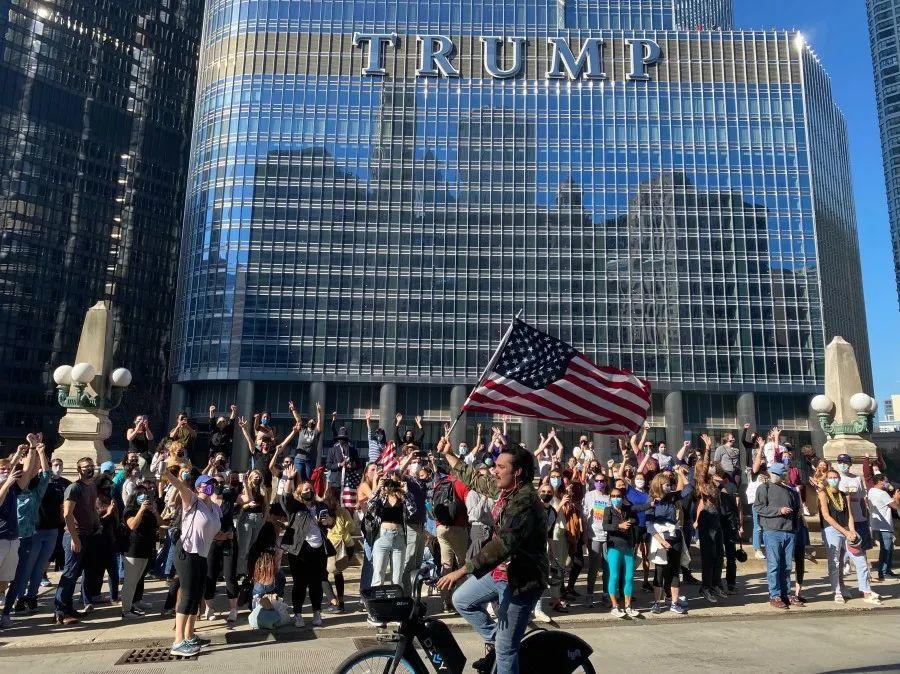 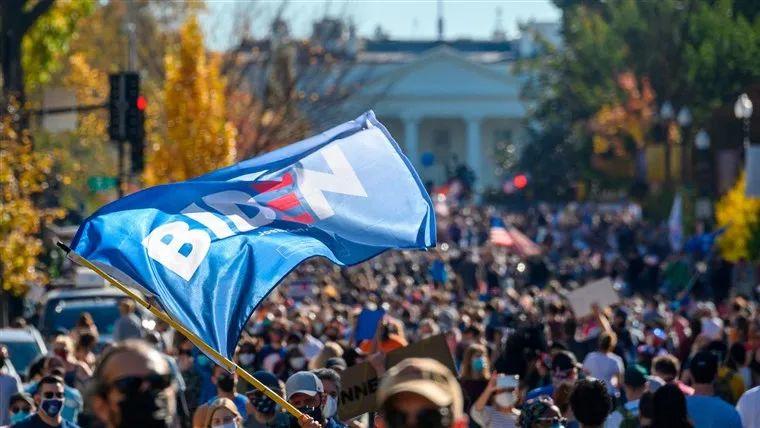 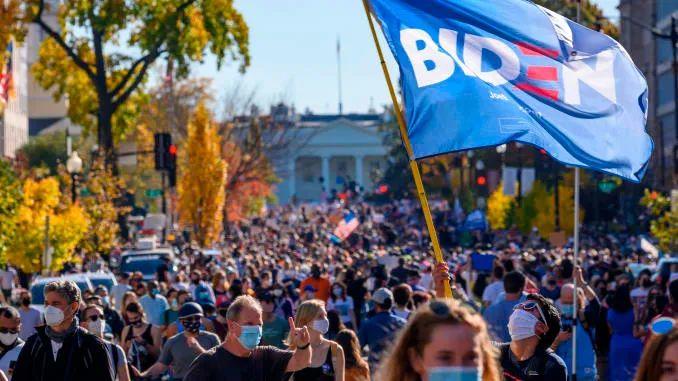 Trump refused to acknowledge the result,Split within the Republican Party

When the media announced on Saturday morning that Biden was elected the next president of the United States, President Trump was playing on his golf course in Virginia. 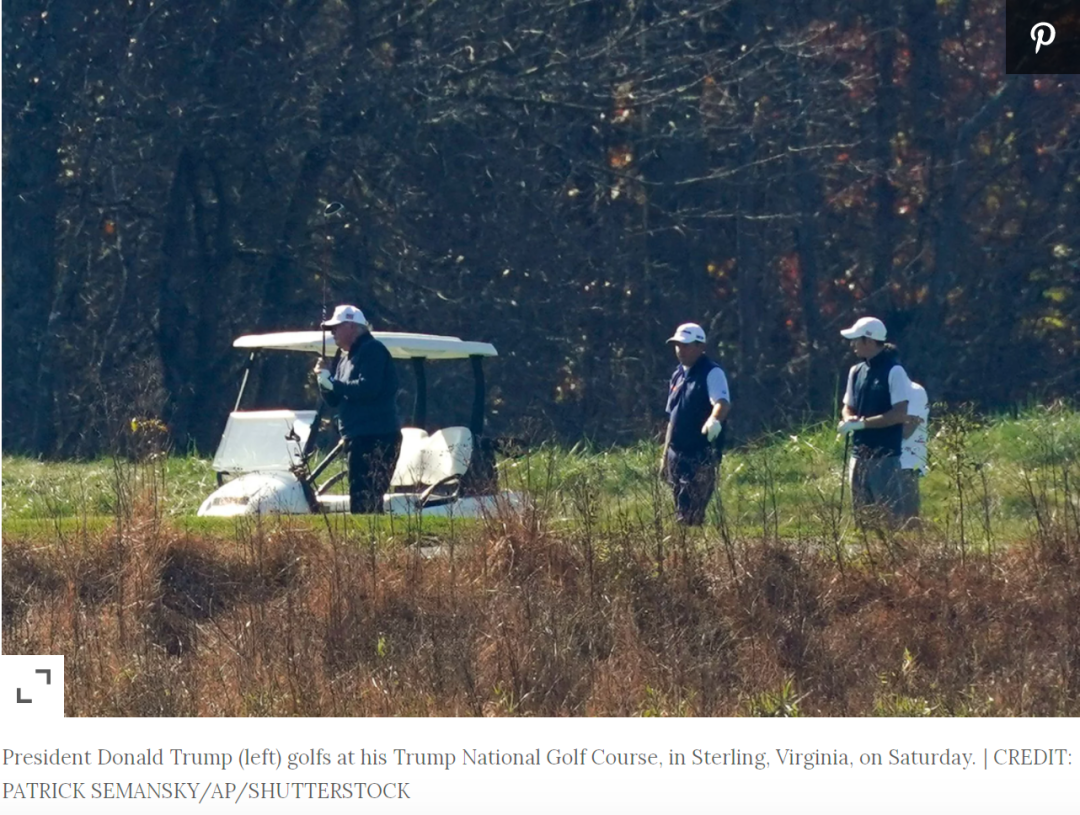 In the past few days, Trump has discussed future countermeasures in the Oval Office of the President, but both the lawyers and campaign officials said,And the court’s appeal is unlikely to change.

Although Trump has been accusing Biden of stealing the election on Twitter, there is currently no actual evidence. The various "evidence" photos and videos circulating on the Internet are not from this year, but are replaced by other materials and spread maliciously. The lack of evidence has embarrassed the Republican Party. 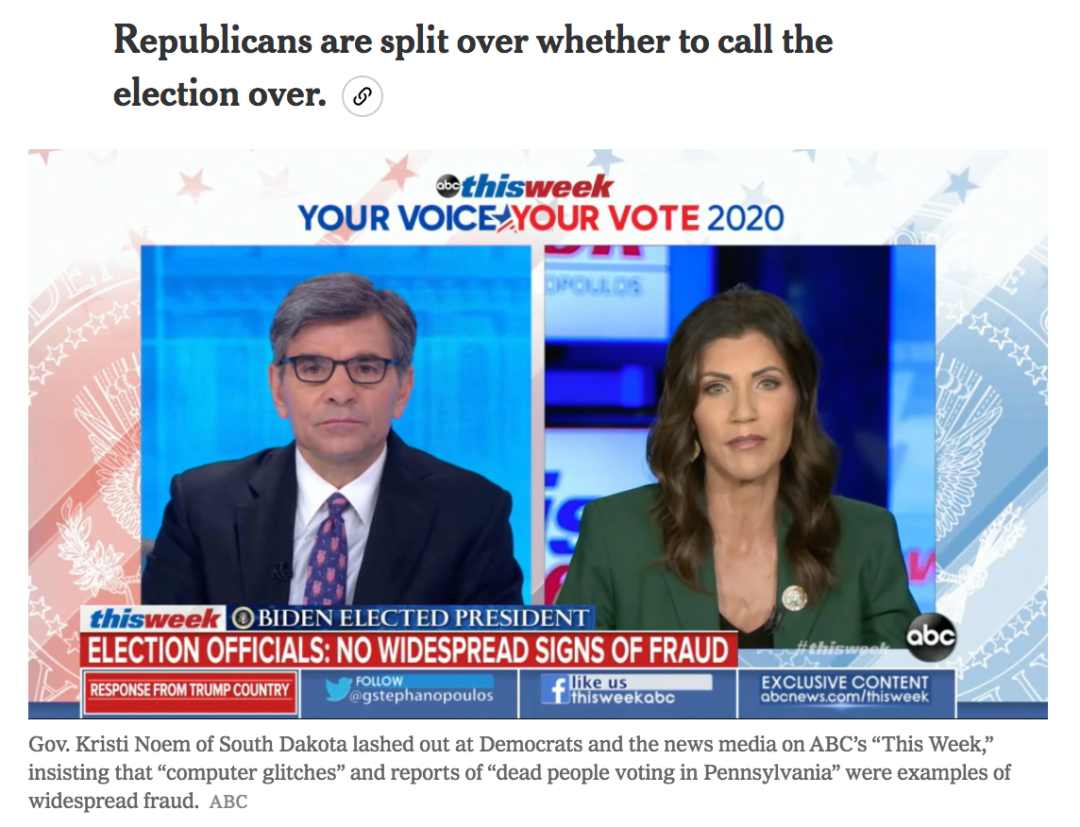 CurrentlyThe top Republicans are divided into two factions.One group hopes that the president will accept reality, But a group of Republicans headed by Trump’s sonStill hope to use legal means to fight for the election result, Although the probability of being analyzed that this approach can change is very small.At the same time, some Republican insiders made it clear that it is time for the president to make concessions. 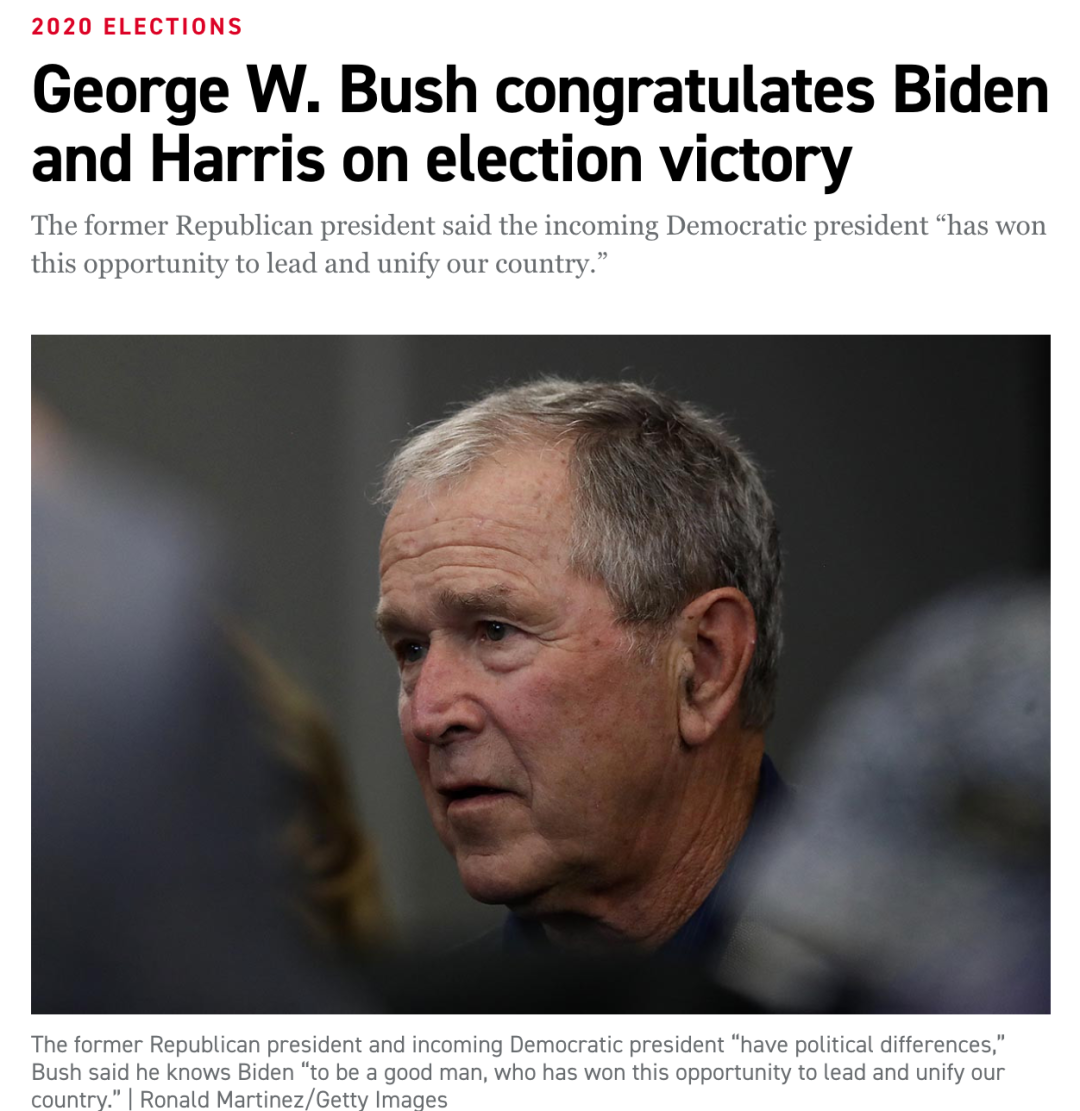 Sunday,Former President George W. Bush ignored Trump's refusal to accept the election results, Became the most high-profile Republican to publicly announce the end of the election. 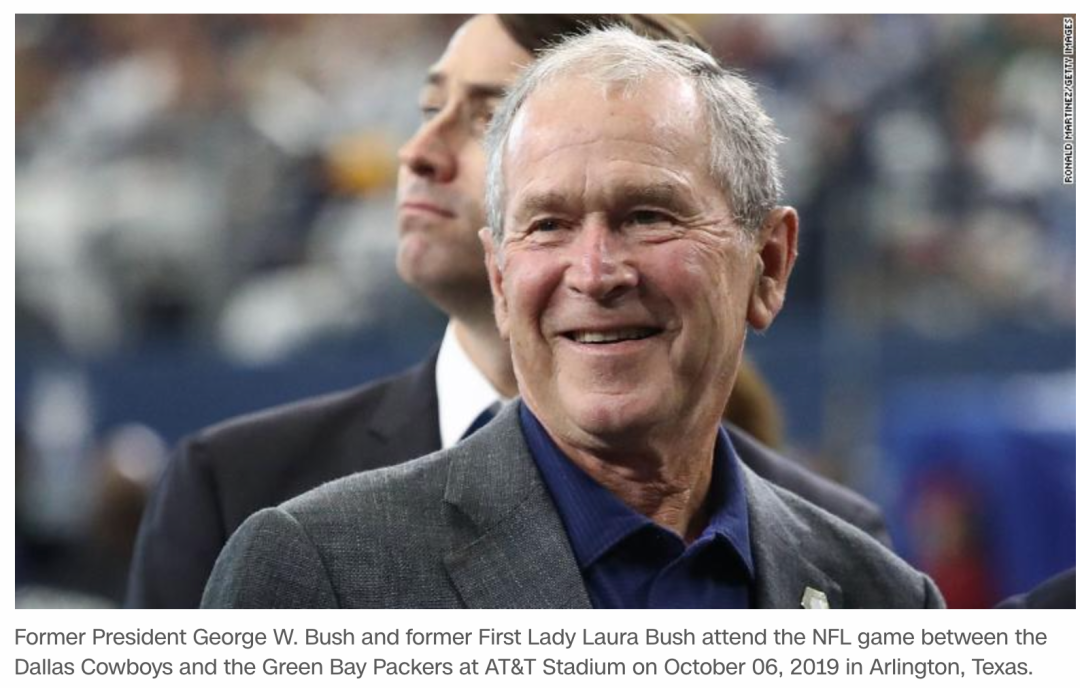 Bush said in a statement after the phone call with Biden: "I extend my warm congratulations to Mr. Biden and thank him for his patriotic message last night." "I also called Kamala Harris. Congratulations to her for her historic election as Vice President. Although we have political differences, I know Joe Biden is a good man. He won the opportunity to lead and unify our country."

Bush Jr. made it clear in the statement that he recognized Trump’s right to use legal means to seek different election results.But he thinks it would be uselessHe hopes that Republicans can pressure Trump to accept reality earlier.He said: "The American people can believe that this election is fundamentally fair." Its integrity will be upheld, and the results will be clear. " 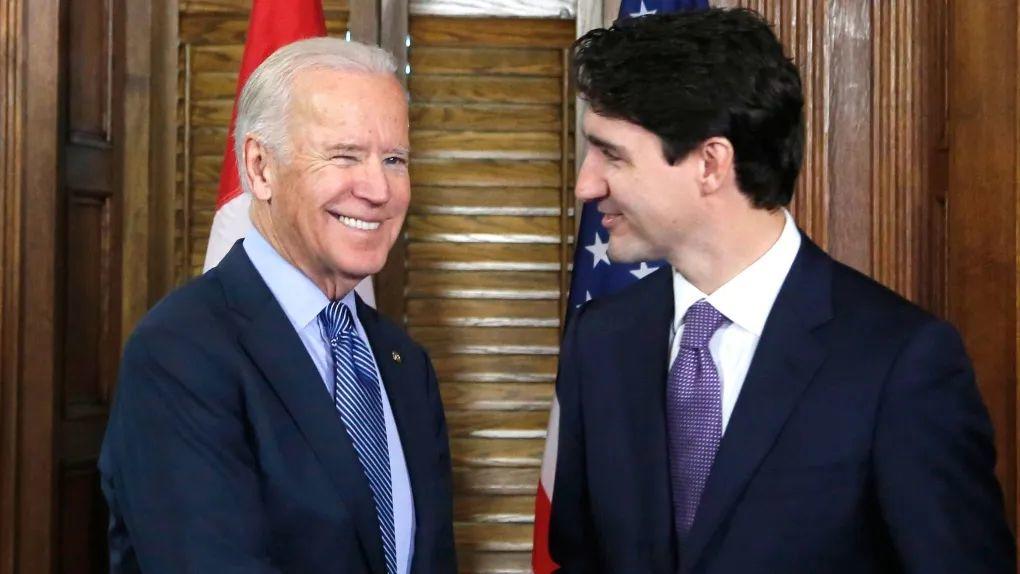 At present, leaders of many countries have sent congratulatory messages to Biden.The leaders of Britain, Germany, Canada, and Ireland all congratulated Biden on his election and looked forward to future cooperation.