It has long been heard that Arcadia has opened a new Cantonese restaurant, and the name is also magnificent-the red restaurant.As we all know, the various old-brand Cantonese restaurants in Luocun have coexistence of word of mouth and popularity, and a new restaurant always makes people endlessly imagine.Last weekend, the Cantonese cuisine team decided to eat.

When I first arrived at the shop entrance, some yellow shimmers and red characters scattered on the dim roadside in the evening really highlighted the characteristics of the shop name, but the color matching was a bit weird, and I always felt a little reverie (keke).

The interior decoration also adheres to the style of the store's name, mainly red, and elegantly decorated. In the corner is live seafood.

I was accompanied by a Cantonese food (translated according to the English name, hereinafter referred to as Abby Dog), and the author grew up in Shenzhen, so we took the responsibility of ordering. Cantonese food is most famous for seafood, so of course it is still servedSea cucumberFor the opening.You can eat the freshness of the ingredients, especially the two fresh flavors of sea cucumber and mushrooms.Abby Dog Children's Shoes exclaimed that they feel like eating at home-"This is what we do over there", which is also the best day for most people who are here to eat, but it is slightly salty as Cantonese cuisine is known for its lightness.

Oatmeal shrimpEver heard of it? Even two Cantonese indigenous people have not eaten such a meal, maybe a new school of Cantonese cuisine, so order early. The dishes look good, and the taste is slightly ordinary. The undercooked oatmeal is a bit offensive to shrimp shells, but the creativity is remarkable.

My enthusiasm for Cantonese cuisine is of courseSheep PotNow, there is a big reason for the feeling that Daoxiang can’t give up. It’s yuba lamb belly, so I don’t forget to order it and compare it to this new store.The taste is roughly the same as that of the rice. The lamb stew is a little bit rotten, but the author is even more difficult to give up the lamb nanpot here-perhaps because of the more fragrant and thicker soup.

Hanamaki interrupt: It's a little salty, and it's great with rice. The celery inside is the best.

Plum Pumpkin Ribs——Can I spit out the tray first... It is a bit of a visual sense that the small plates of morning tea are stacked together... But the taste is still excellent.The pumpkin is soft and sweet, the ribs have no peculiar smell, and the taste is fresh and delicious. It feels that the small dish for morning tea should be able to kill all the old Cantonese restaurants, but it is a bit weak as a main dish.

As a classic of Cantonese cuisineSalted Chicken…First of all, it’s time to spit out the dishes again…Secondly, there is nothing remarkable about the taste.Perhaps because of the ingredients, the chicken never tastes the fragrant and waxy taste of domestic salt-baked chicken, and it feels less fresh than other dishes. The Cantonese Abby Dog also said that this dish needs to be strengthened.

Highly recommended vegetarian dishesRice Soup Baiguo Cabbage——The author didn't notice too many special features.The taste is good, the salty and bland flavor finally has the style of Cantonese cuisine, but there are not too many highlights. Maybe it can be more colorful by replacing it with a more unique watercress or bean sprouts?

Finally, a typical Cantonese style soup ~Phoenix Claw Sydney Soup. The fruit soup is really Cantonese. I think of the apple pig lung soup that my mother forced to drink when I was young (to be honest, it was strange when the author was not a Cantonese). I drank the slightly sweet Sydney soup now. But there was an urge to tears down. Although the appearance is not particularly good (I don't think the soup is served on the table but it is divided and served in the form of a small bowl?), But the taste is sweet and delicious, Sydney is also lungs, in dry LA Come to a bowl, filled with happiness.

Hanamaki interrupt: As a female man from Hebei, it is really unscientific to be the lightest in the audience (yes, I love the soup tonight, the celery in the lamb belly and the pumpkin in the ribs...).This is the advanced Sydney version of my own soup (with a lot of rice wine). The sweetness of the first few mouthfuls of Sydney still adds to this dish.

Sweet soup is served after the meal——Red bean sago. For the less sweet writer, the sweetness is just right, sago is a bit overwhelming, but the ginger and tangerine have really added the taste of the Cantonese sweet soup ~

Hanamaki interrupt: Applause to the old-school method of putting tangerine peels, but this is not the first sago I have drunk to boil the red bean soup. The translucent sago is harder to find than the Pokemon on the google map. what…

Hanamaki interrupt: I went to the bathroom as usual, barely gave a B, the hardware was in place, and I used a high-end aromatherapy on a budget. I don't know if the suspected cleaning is a bit inadequate, or if some guests use the bathroom too aggressively. It should have been a matter of eating, but a little expensive restaurant should pay attention to the overall points.

Final Thoughts
In general, after a meal and dinner, several friends (Hebei, Tianjin, Anhui, and our two Shenzhen foodies) all expressed their satisfaction.Although compared to its decoration and positioning, the presentation (again spitting out) is really a reduction in points, but everyone has expressed their appreciation for the taste of the dishes-"There is a feeling of being on the road." The ticket said that compared to the Lu Ding Ji, which was eaten at noon, the dishes at the Red House are still comparable.As the morning tea capital of Shenzhen, the author and Abby Dog both said that the Cantonese cuisine here has the feeling of domestic Cantonese cuisine after all-fresh ingredients should be the focus, so I will give a little red flower.

"I feel that the food here can be served to guests, or eat with parents; if Lu Dingji, you can call grandparents again."

In addition, the Red House, which is advertised as a new Cantonese cuisine, does not feel particularly "Cantonese", and the spicy dishes on the menu are also complete.

In terms of price, five people ordered seven dishes. It seems that the price of 30 yuan per capita (and dinner) is not particularly high. After all, all kinds of meat are also complete. There is no extravagant place to have a table of fresh seafood, friends who have the opportunity to eat may wish to try steamed sea fish and so on.

Attached a dazzling menu (the name of the dish is still thoughtful):

It is still very suitable for special occasions such as birthday dinners, banquets and friends, etc. In fact, the location is also near Ding Taifeng, so if you think it is not too far away, you can try it. 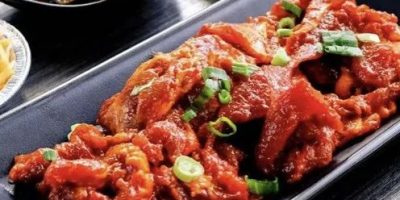 What to eat in the Bay Area this week | The South Bay Korean Food Guide is here! 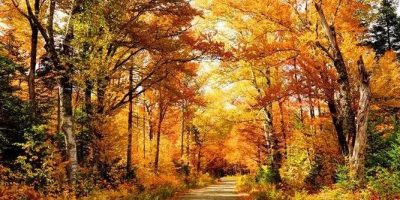 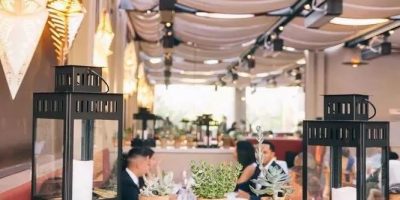 Admire the maple leaves and enjoy delicious food, and take you to eat Napa!
Look

The restaurant from Jincheng, beef noodles and potato chips, milk mashed grains, every bite is the taste in memory!

Dallas Fried Chicken Collection | How many of these 7 popular fried chicken restaurants have you tried?

Self-cultivation and heart-warming | Dallas winter warm porridge, which one is stronger?