As the outbreak in Southern California worsened last week, Los Angeles County Supervisor Sheila Kuehl voted to ban 31,000 restaurants in Los Angeles County from opening outdoor dining.Unexpectedly, as soon as she turned around, she went to Santa Monica's restaurant for a meal.

After being reported by the media, Kuehl’s spokesperson issued a statement stating:

"On the last day when outdoor dine-in was allowed, she indeed ate at the restaurant called Il Forno.She likes Il Forno very much,It is very sad to see its income drop like many restaurants.She took appropriate precautions while eating, and would not continue to eat there unless the outdoor dine-in is open again. "
Seeing that the income of a favorite restaurant is difficult, it is understandable that she wants to help, but the emotional card she played seems to be a bit slapped. . .
At the Los Angeles County Board of Supervisors meeting last Tuesday, Kuehl called outdoor dine-in "the most dangerous situation."Because she believed that customers who did not wear masks would put restaurant employees in danger when eating, and voted to restrict outdoor dining in Los Angeles County. In the end, the Board of Supervisors closed the outdoor dining in Los Angeles County with a slight advantage of 3 to 2. 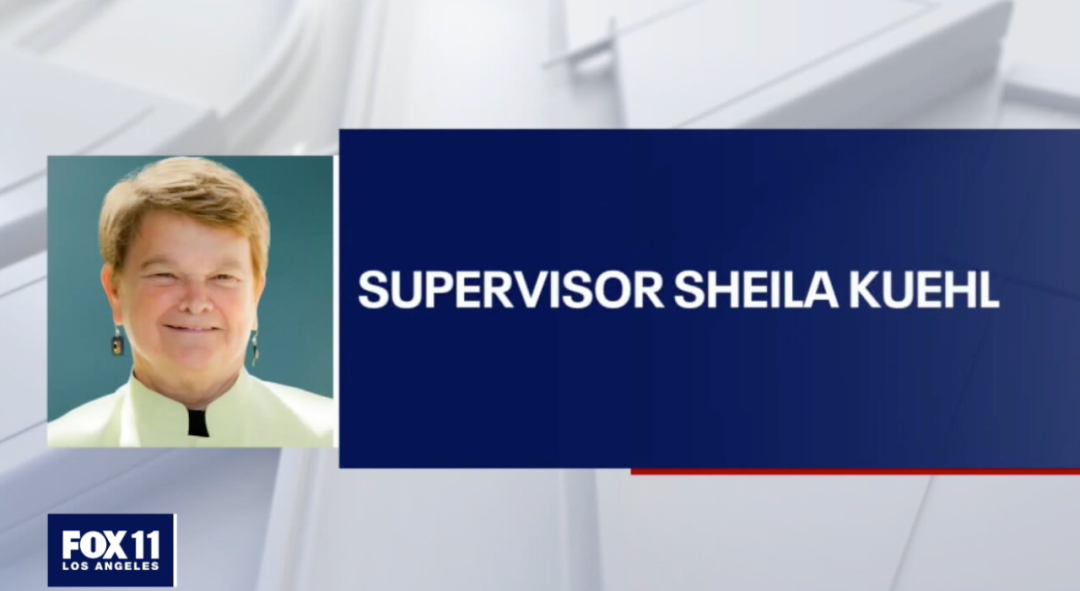 The owner of a local restaurant in Los Angeles said,This made him feel that these leaders simply did not believe the so-called ban they had issued.If they know that dine-in is dangerous, why should they go?

Coincidentally, California Governor Newsom announced not long ago that 58 of the 41 counties in California have been adjusted to the highest risk level of purple (widespread), and suggested that the size of Thanksgiving family gatherings should be controlled within 3 families.

However, just a few days before the governor announced strict control of the epidemic,On November 11th, he and his wife went to the Michelin three-star restaurant The French Laundry in Napa Valley to attend a birthday party for 6 people. According to witnesses present, the space appears to be indoor. 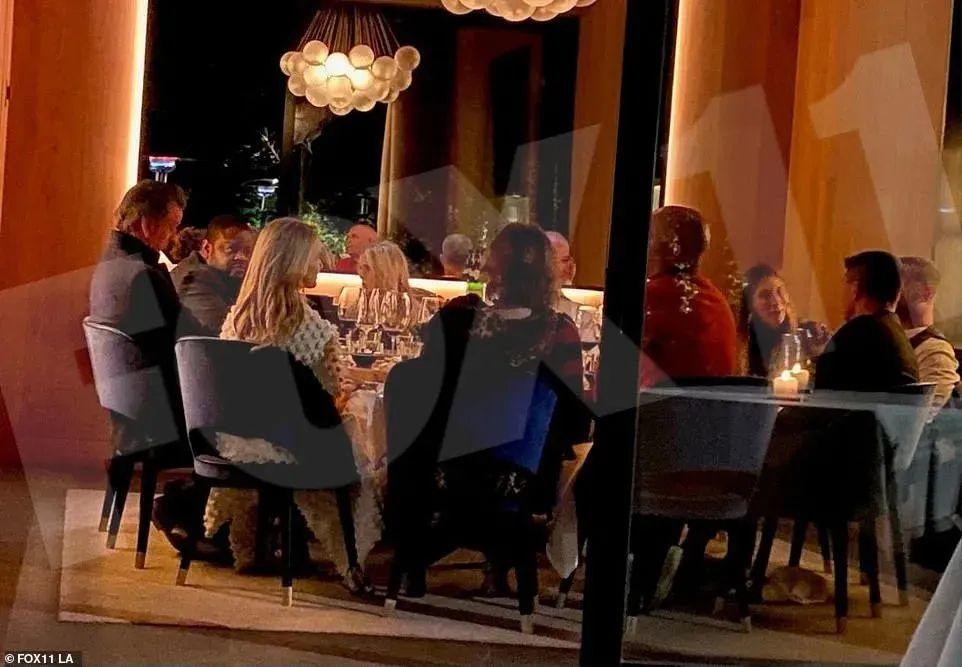 That night was the 50th birthday party of the Governor’s political adviser Jason Kinney. Judging from the photos taken by the media, the scene was very lively.No one wears a mask or maintains social distancing. 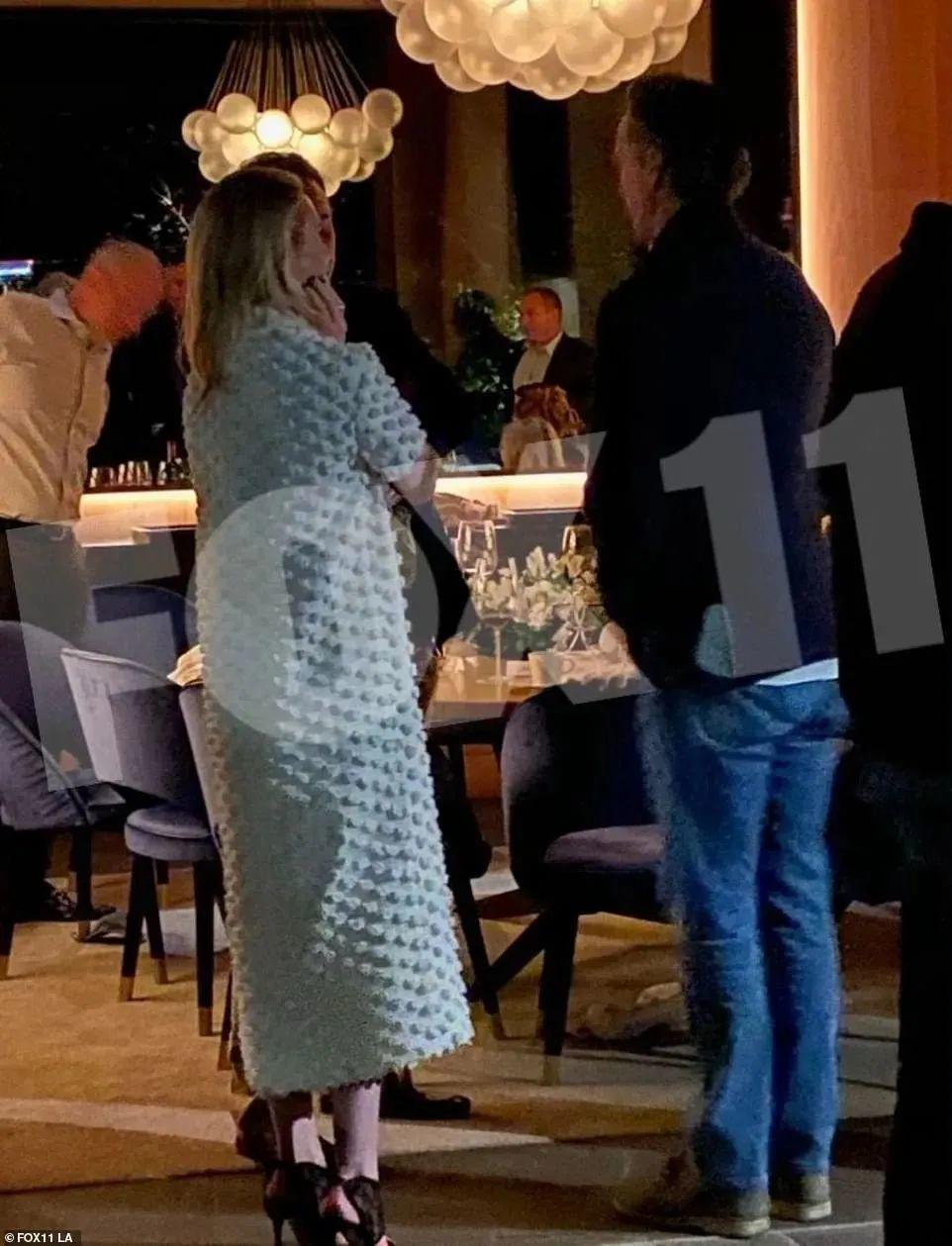 The governor’s spokesperson, Weedn, claimed that neither the dinner party nor the restaurant violated any regulations, but then under pressure from public opinion, the governor had to come out and apologize.He said, "This is a "huge mistake" and he should "get up immediately and drive home."

The discerning crowd foundThe governor is not the only state official who loves to attend private parties: Just the day after the governor finished his birthday party,San Francisco Mayor London Breed also attended the 60th birthday party of socialite Gorretti Lo Lui in the same restaurant.A total of 8 people participated, and it is not clear how many families came from. 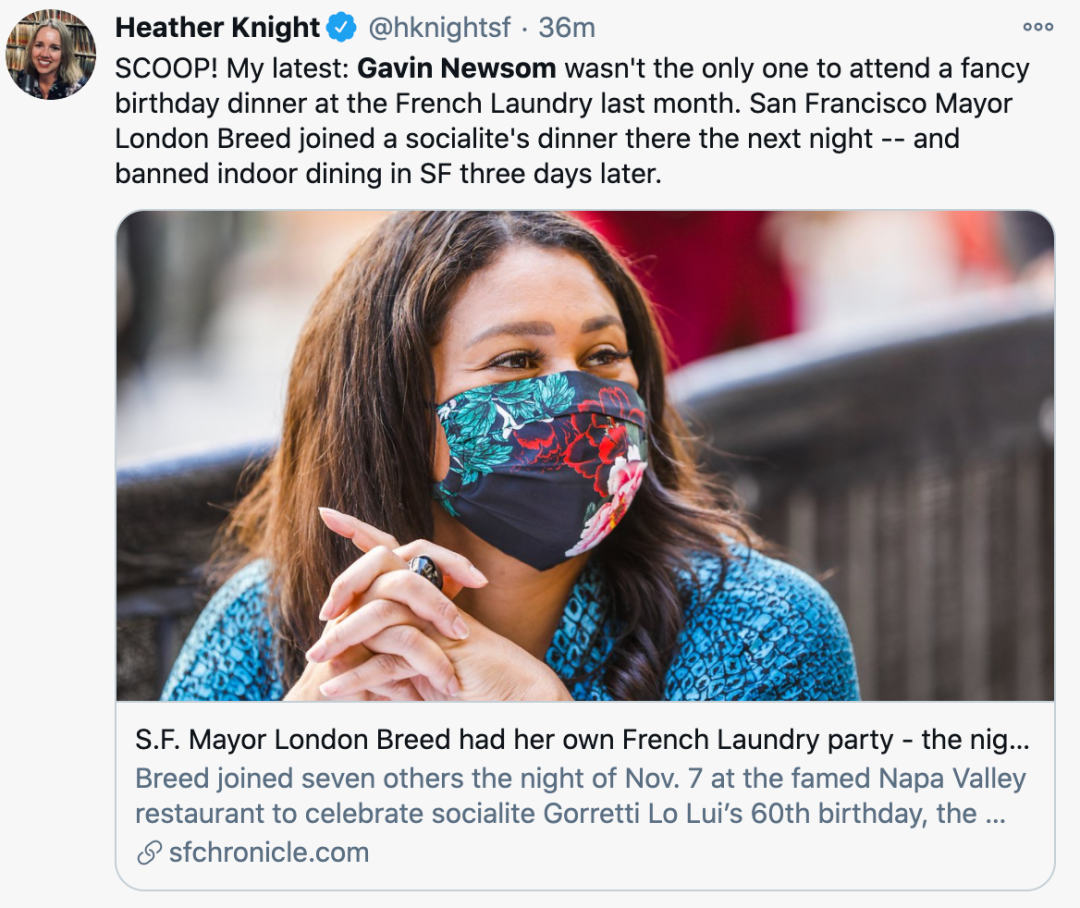 Image source Twitter
As early as September,Speaker of the House of Representatives, Nancy Pelosi, was washing her hair in a hair salon in San Francisco, but at the same time demanded that the salon be closed.
The Mayor of San Jose, Sam Liccardo, told people to avoid Thanksgiving gatherings, butDuring Thanksgiving this year, he and other relatives from 5 families went to his parents' house in Saratoga to share a festive meal.

What do you think of these government officials' differences in words and deeds?The California epidemic has worsened and experts predict that a new wave of peaks will be ushered in after Thanksgiving. What are your thoughts on the series of epidemic prevention measures taken by the government?

Light up and see, cheer for the nation's catering industry 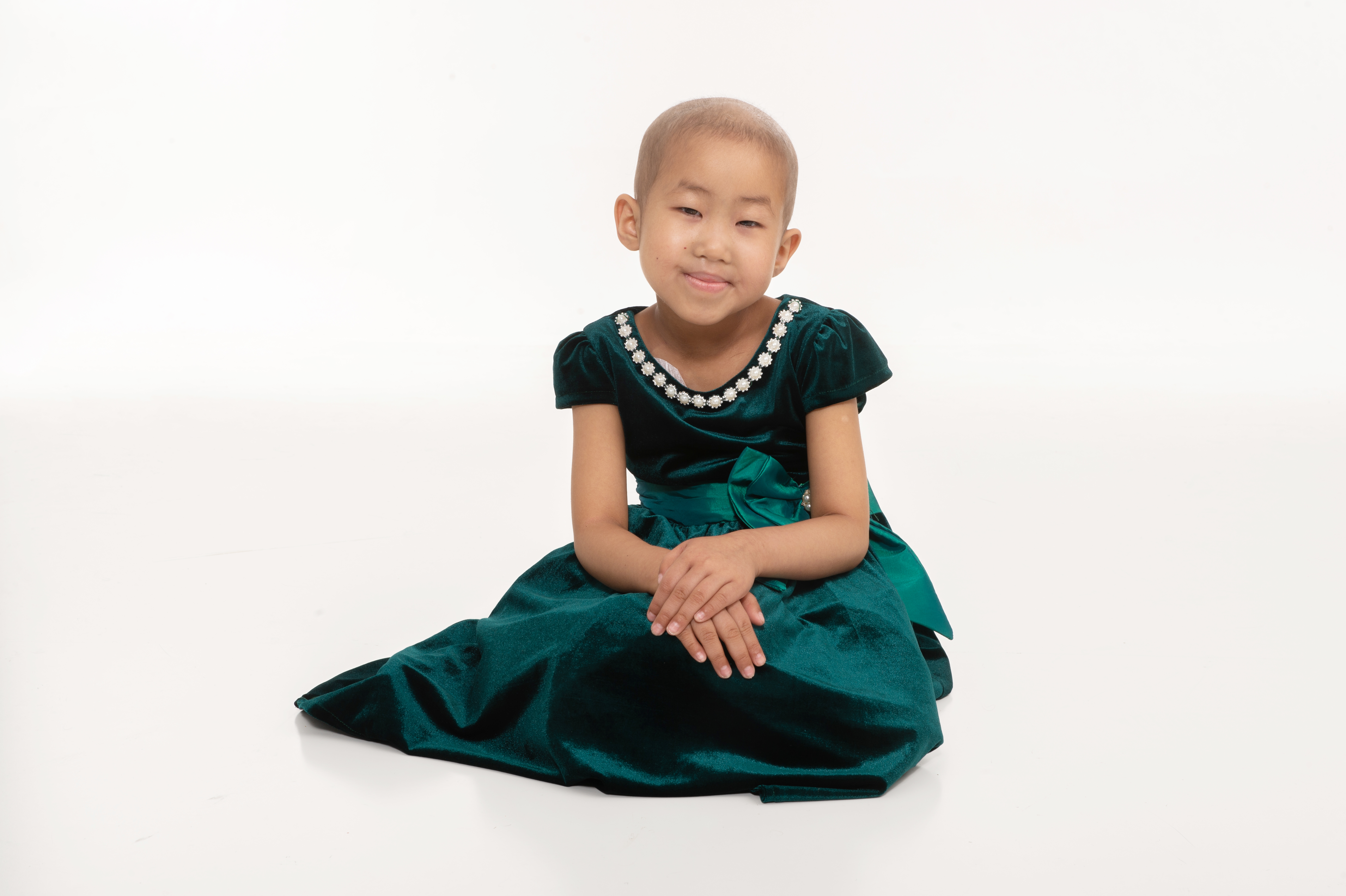 Our small donation saves many children's infinite possibilities in the future.

Japanese Superman's mother gave birth to 24 babies in 12 years: no time and no time to miss the growth 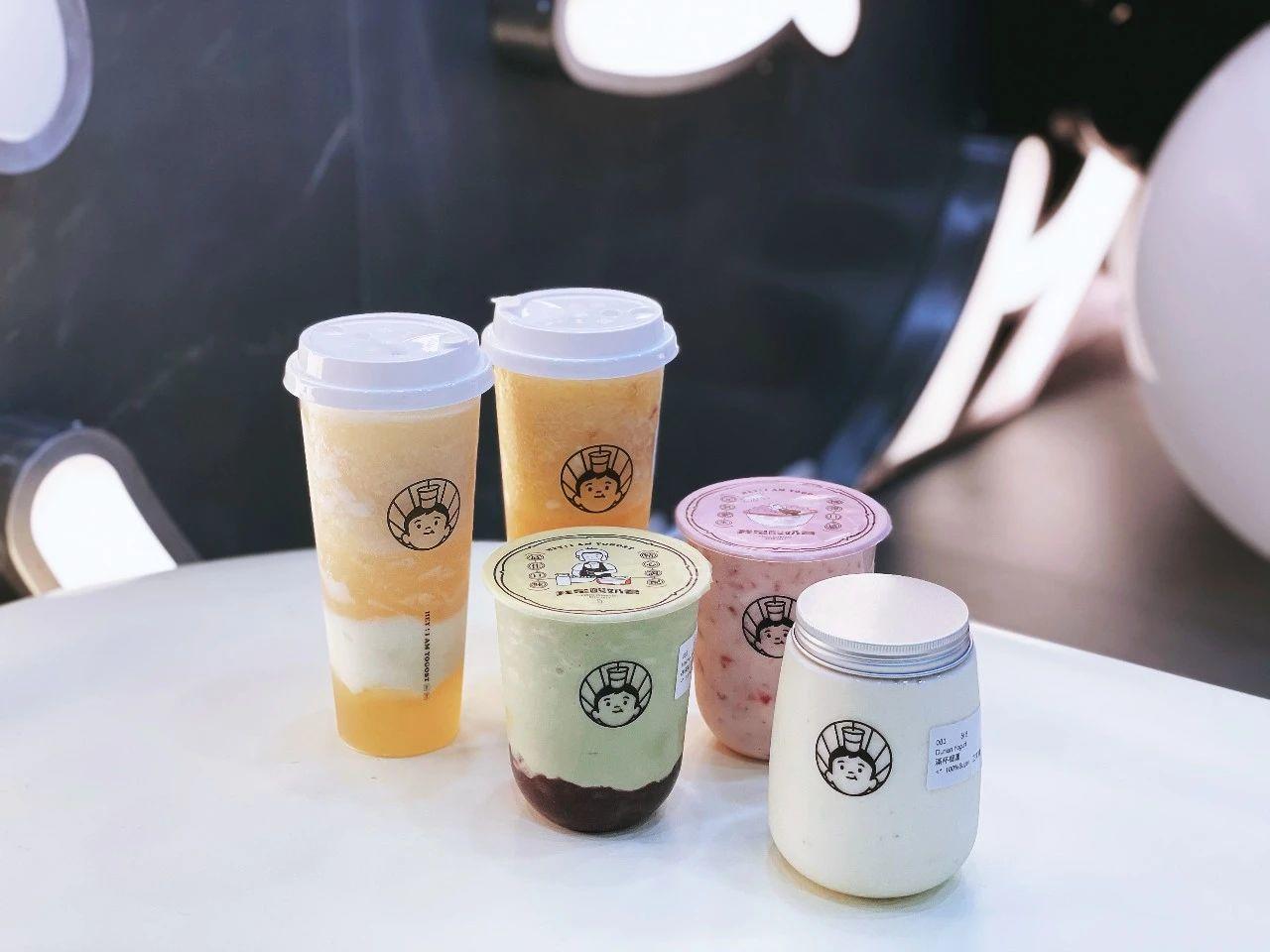 Food Quest | Check in San Francisco Michelin one-star Japanese food omakase | How much is a meal?The transformation of the Chinese boss

Our small donation saves many children's infinite possibilities in the future.

Japanese Superman's mother gave birth to 24 babies in 12 years: no time and no time to miss the growth